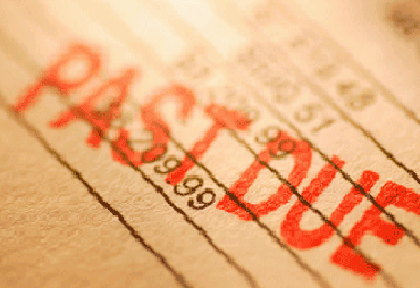 New research has revealed that the advent of fast and secure automatic payment transfer systems has seemingly led to many UK businesses becoming more inventive with their excuses, tactics which are costing SMEs as much as £2 billion a year.

According to Bibby Factors, who commissioned the research, a third of businesses in the UK (34 per cent) claim they are unable to pay outstanding invoices because the company accountant is unavailable or the person responsible for signing the cheques is out of the office on annual leave or at off-site meetings.

A similar number (33 per cent) are content to blame delivery companies for the non-arrival of a cheque, claiming it has already been despatched or believing there to be a problem with the postal system.

Meanwhile, despite systems such as CHAPS (Clearing House Automated Payment System) and BACS (Bankers’ Automated Clearing Services) rendering hackneyed excuses such as ‘the cheque is in the post’ almost redundant, more than one in 10 (14 per cent) attempt to pull the wool over their suppliers’ eyes by citing inadequacies with the bank.

Edward Rimmer, Bibby Financial Services’ chief executive, UK and Ireland, commented: “More and more purchasers are looking for opportunities to extend payment terms and for some this can mean finding excuses to either pay late or not at all. But owner-managers will testify that chasing invoices can be a time-consuming, laborious and an ultimately expensive function, and the excuses they are offered for invoices not being paid are seldom inventive and are often simple delaying tactics.”

Other ‘best excuses’ for the delay in paying invoices include:
“I haven’t been paid yet”
“I haven’t received your invoice“
“I can’t find the cheque book”
“Our invoicing system must have failed”

Bibby’s research also reveals the true extent of late payment, with more than two in five businesses (43 per cent) unable to pay their own suppliers on time, a third (34 per cent) enforcing a recruitment freeze and 30 per cent freezing staff salaries.

Edward Rimmer continued: “Our findings highlight the extent to which the current economic climate is continuing to impact on businesses’ ability to settle invoices on time. Protecting a business’ cash flow is of paramount importance, and late payments could well be a major factor in the success or failure of companies in the year ahead. Just one late customer payment can have a large impact on payments to all subsequent suppliers for as many as 30 per cent of UK businesses.

“The Government’s Prompt Payment Code which was launched towards the end of last year has gone some way to reduce the late payment issue with names such as John Lewis and ASDA signing up, but we’d like to see it taken one stage further with the launch of an on-time invoice settlement system which would get back to the basics of larger businesses paying on time. Within the first week of satisfactory delivery be this a product or service, we’d like to see larger companies automatically providing a due date for billing through their bank which would provide more certainty for small businesses as to when they will be getting paid.

“The second scheme we’d like to see introduced is linking this on-time invoice settlement system with a cash flow management procedure which would see large companies forging relationships with cash flow providers such as Bibby Financial Services, as that way we can step in and make the payment where the large firm can’t. This would ensure that cash flows more freely into more small businesses.

“Going forward, many businesses will need to take responsibility for helping themselves where they can, but the good news is that there are options available to those which cannot afford to install an internal or external credit control department. Thousands of SMEs in the UK have benefitted from invoice finance and factoring, both of which remove the hard work of chasing late payment and enable businesses to focus on the matter of making money.”