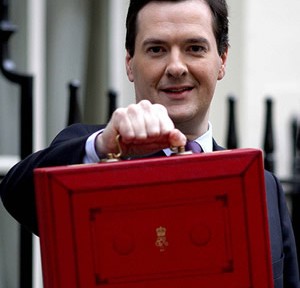 For while the Chancellor’s third budget, which he described at the outset as ‘unashamedly backing business’, did indeed offer some welcome incentives, although there were many notably missing.

Abolishing the 50p tax rate was something we had been advocating prior to today’s announcement, but only in conjunction with increases to the PAYE tax thresholds. The Chancellor today delivered both of these which we think is a positive move for both small businesses and the wider UK economy.

Reducing the higher rate is a green light for investment, and will encourage entrepreneurship and business in the UK. At 50p Britain was a flashing beacon signalling high taxation – one of the highest taxing countries in the EU in fact . By reducing it the Chancellor has made the UK are far more attractive place to come and do business, and sees the UK drop down the tax league table from fourth highest to joint 11thwith Germany.

At the other end of the spectrum the PAYE thresholds have been raised, and that is something also that has to be welcomed and will obviously benefit many more. The more cash consumers have in their pocket the more they can spend – and there’s an important psycological feel good factor about that.

That said, the fact the lion’s share of these increases won’t happen until next year which is slightly disappointing. We need consumers to start spending and growth to return here and now, not in 12 months time. The stimulus would have been better soon rather than later.

With regards fuel duty there will be many businesses looking ahead to August with trepidation as the 3p increase goes ahead as scheduled. This is a blow to many small firms already ham-stringed by soaring petrol and diesel prices. Thankfully there was no mention of further fuel duty tax hits, but it will do nothing to lessen the pain of that 3p a litre rise come the end of summer, which is a hammer blow to the economy if fuel prices stay where they are now.

We can only hope that international oil markets have stabilised by then and forecourt prices have dipped significantly so. However, if prices continue to skyrocket as they have done since December – by almost 10p a litre – there’s real potential for a powder keg eruption of anger come August, not to mention untold damage to business.

Missing from the budget though was anything new on National Insurance holidays, nor any mention of a cut in business rates. The 5.6% increase now set to start in just a few weeks will weigh heavy on many a business owner tonight.

There was big news on making tax easier and simpler for small firms with turnover of less than £77,000. At this level it’s aimed at micro-businesses, but that’s some three million firms.