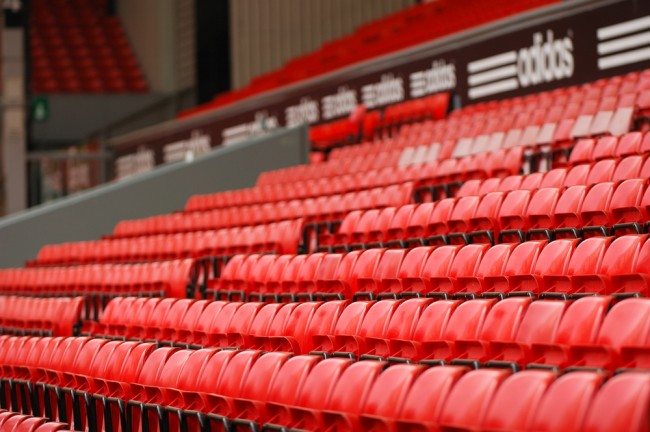 Britain has often been described as a nation of sports fans, but increasingly over the past decade or two, there has been the complaint that sport is becoming more of a business and less of a pastime.

In some respects, this is true, but the erroneous thinking is that it is, in some way, a bad thing. The sports industry overall contributes more than £6 billion to the UK economy every year, and a major part of that comes from live sporting events.

The biggest event in recent years was, of course, the 2012 Olympics and Paralympics. These events generated income in excess of £2.4 billion. However, that was only the start of it. Countless local regeneration projects kicked off because of the event, and it is no exaggeration to say that the East End of London was utterly transformed.

Of course, the Olympics were something of a one-off, but there are some major sporting events on the calendar every year that contribute significantly. Football is the nation’s biggest game, and Manchester United its biggest club, generating around £300 million every year. It, and other Premiership teams, have a huge impact on the local economy, driving tourism and increased spending by visitors who come to attend games.

Cricket is another example. Few tournaments are as emotive as The Ashes, and when the old enemy arrived from ‘down under’ to play the Second Test at Headingley in July 2009, more than 32,000 extra people visited Leeds and contributed £3.7 million to the local economy.

The most famous contributor, however, has to be the event that has coined a phrase for financial success. The world’s most famous tennis tournament attracts top sponsors, such as 888poker, one of the largest online gaming sites in the world, and it regularly generates profits in excess of £50 million pounds. While the results from 2017 have yet to be released, the drama of Andy Murray and Johanna Konta reaching the final stages will undoubtedly mean another year of financial success.

Not just the money

Massive sponsorship deals, huge prizes and millions ploughed into local businesses and regeneration projects; put that way, the fact that live sport is big business is clearly not the terrible thing that some people think.

Having said that, the financial health and sustainability of sport is not just about money. Many sectors of society have had it tough over the past few years of economic instability. Yet, the sports sector has thrived, and as well as generating revenue to areas that really need it, has brought hope to thousands.

The social benefits of sport, those very aspects that some feel are lost due to the monetization, are in fact developed further by investment. Projects like the School of Hard Knocks use sport to help disadvantaged youngsters, and are only possible thanks to the revenue created by the broader sporting economy.

Sport is indeed becoming a business – and a hugely successful one that benefits thousands.