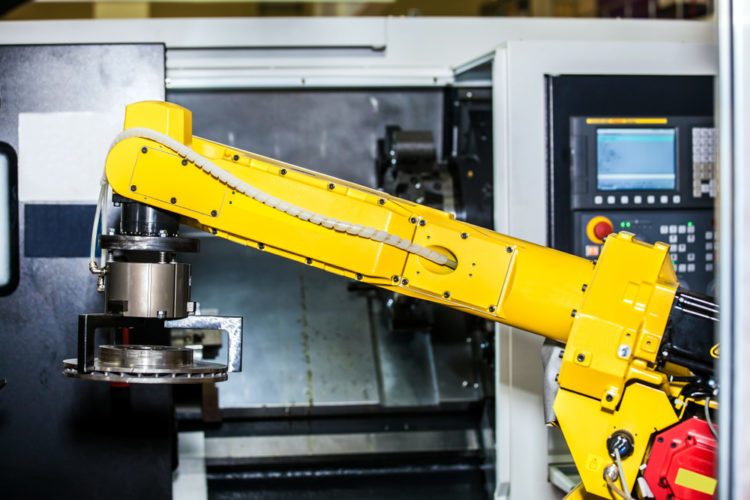 Most people view robots as machines that can virtually adapt to every task and perform them accurately and tirelessly.

However, this ideal is yet to been achieved in the real world of industrial robotics but in the meantime, robots are becoming more versatile. One of the indicators of versatility in the world of robotics is the collaborative robot movement.

They have speed and separation monitoring

Collaborative robots that work around many people feature a sophisticated laser or machine vision system that monitors the surrounding. The use of the system enables the activation of multiple safety zones at any one time. Through this, a collaborative robot is able to slow down once any human enters the designated safety zone. In the event that a person continues to approach, the cobot will stop immediately.

They have a safety monitored stop

The safety monitored stop is a feature that is used for the robotic systems that require limited human interaction. In the event that a human enters the defined workspace of the robot, it will cease all movements immediately. However, the system does not necessarily shut down, the collaborative robot can carry one with its task once it detects the departure of the human. This is still efficient with minimal and infrequent interruptions.

They have force and power limiting features

Power and force limiting is the main feature for the collaborative robots since they work alongside human beings without being held in the safety of a cage or fence. Cobots are programmed to execute an immediate halt once they detect an overload on force in its pathway such as a person in the way. For this reason, most collaborative robots have a fairly round design to reduce impact forces.

They have hand guiding

Using a specialized sensor, manufacturers are creating new-age robotics that are compatible with hand guiding. A human operator can teach hand guiding collaborative robots what path to follow by applying manual force. Because of this, a collaborative robot can quickly and easily execute pick and place commands without safety caging. However, safety precautions are still needed for other applications.

Human beings need to change their perspective on conventional robots because collaborative robots are infiltrating factories on a global scale. Conducted by the International Federation of Robotics (IFR), the 2017 World Robotics Report says that by 2020, over 1.7 million new industrial robots will be introduced in factories across the globe.

At present, the continent of Asia is experiencing the biggest growth in the robotics industry. It is led by China which is the top marketplace for robotics in the world. As technology continues to advance, so does the creation of robots that are safe to work around human beings. Collaboration between humans and robots should not be seen as a threat but as a chance for a more productive output

A collaborative robot cannot be described by what function it performs but by how it performs it. Throughout the industrial sector, the applications of collaborative robots are growing in importance and popularity at a rapid speed. Therefore, human beings need to adapt to this emerging trend in technology and overcome their fear of robots.