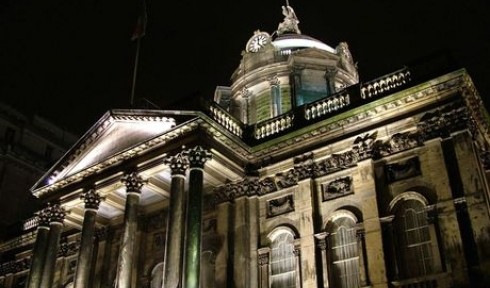 The not-for-profit business support and lobby group carried out the in-depth study of payment by sending out requests for information to every local authority in the country under the Freedom of Information Act.

The survey comes a year after the Government ambitiously pledged to pay its suppliers within 10 days and follows recent data showing that most central departments are meeting this target.

However, recognising that the bulk of public sector work is procured regionally, the FPB has uncovered the true picture across England, Scotland, Wales and Northern Ireland.

The results show that, although they are better performers than private sector organisations, councils take an average of 19 days to pay their bills. In addition, there are significant fluctuations between regions suggesting an imbalance in competition to the extent that the survival and growth of a firm often relies on geographical location.

For businesses working for authorities in Northern Ireland, the situation is particularly bad. The study identified the region as being the UK’s worst for prompt payment with invoices settled in 37 days, on average.

Local authorities in England are among the quickest payers, taking an average of just 18 days to settle – the FPB even found some councils pay their bills in just a few days.

The shining light of best practice was identified as South Northamptonshire Council, where 91% of bills are paid in the 10-day time frame. The same authority also managed to settle invoices in an average of less than six days.

“While some local authorities took instant action in response to Lord Mandelson’s calls for 10-day payment a year ago, this research appears to show that others are completely oblivious to it, even now,” said the FPB’s National Chairman, Noel Guilford, who called for more consistency in the processing of payments.

“These figures reveal businesses face a payment postcode lottery when carrying out local authority work. Some businesses are paid for their goods and services within a few hours but some have to wait more than a month before receiving the money owed to them. It all depends on which council they are working for and where they are in the country.

“Cash flow is the single biggest concern for many smaller firms and the quicker you pay the money owed to them, the less likely they are to go out of business,” he added.
The FPB has repeatedly identified late payment as one of the biggest threats facing recession-hit small firms.

Almost a quarter (23%) of respondents to a recent FPB survey selected late payment and subsequently poor cash flow as their ‘key issue’ – more than those who voted for a lack of sales (20%), and complying with health and safety regulations (11%).

Even declining bank lending was deemed to be less of a concern. The banks’ tardy decision making was the major issue for 6% of respondents, and the steep cost of bank lending the major concern for 4%.

In all, 42% of FPB members who took part in the survey reported a deterioration in prompt payments from customers – typically bigger businesses – compared to just 3% who said there had been an improvement.

The FPB, which ‘names and shames’ poor payers in its Late Payment Hall of Shame, is working with the Government to find solutions to payment problems, including encouraging companies to sign up to the ‘Prompt Payment Code’. Already a legal redress is provided by the Late Payment of Commercial Debts Act 1998, which allows firms to charge interest on late payments.

Although there is still a long way to go to creating a real culture of prompt payment in the UK, it is clear that the public sector is taking the lead.

“The vast majority of small firms doing business with local authorities can expect to be paid in a fraction of the time that they would when dealing with a typical big company,” added Mr Guilford.

“Generally speaking, Britain’s councils pay their suppliers far more swiftly than their private sector counterparts, and we rightly applaud them for that.”

Sir Philip Green’s family is to pay a promised £50m into their fashion empire’s pension scheme within the next 10 days – almost a year earlier than scheduled – as the business secretary, Alok Sharma, called on the insolvency watchdog to investigate the handling of the failed group.