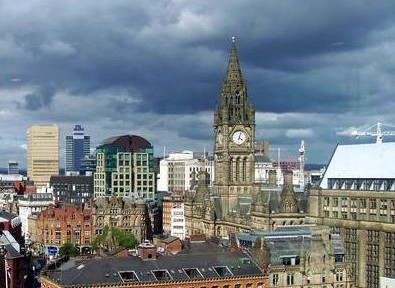 Research has revealed that the creative industries in Manchester are growing faster than anywhere else in the UK outside of London.

Manchester city region employs 48,515 people in creative industries, spanning film and TV, architecture, publishing and design. Analysis of the data published by Nesta, which compared the periods between 2011-14 and 2015-16, shows that creative jobs have increased by almost 7,500 in just two years, which represents an impressive growth rate of 18 percent. In addition to far out-performing the national average of 11 percent, Manchester’s creative sector has grown at triple the rate of every other industry.

The city is home to 9,183 individual creative industry companies, which has grown by 21 percent in two years and in real terms translates to an additional 1,618 companies. It is thought that the creative sector contributes more than £1.4 billion to the local economy. This represents 3.74 percent of total GVA, which is higher than anywhere in the UK outside of the Greater London area.

Onwards and Upwards for Manchester

At the Be More Manchester event, organised by Creative England, the Mayor of Greater Manchester, Andy Burnham, said that the Manchester city region should be proud of these figures.

Going on to highlight the potential of the creative sector, Mr Burnham said that as creativity can be used to “overcome all challenges”, more should be done to incorporate the creative arts into the school curriculum to encourage children from an early age that success in the creative fields is possible.

Mr Burnham went on to say that it is crucial to continue to bring “businesses in the sector together, to inspire, support and look at ways we can drive it even further forward.”. This point was emphasised by the chief executive of Creative England, Caroline Norbury, who highlighted that “Manchester is brimming with truly groundbreaking and innovative companies” that are contributing significantly to both the local and wider economy.

Nesta’s research illustrates that publishing is the fastest growing creative industry in the City Region, with the sector creating 800 jobs between 2014 and 2016, a rise of almost 58 percent. The architecture industry saw job growth of just over 43 percent and employment across TV, video, radio, film and photography is sitting at just under twice the national UK average.

Design employment increased by just over 20 percent and the number of businesses across TV, video, photography, radio and film increased by more than 30 percent. IT, software and computer services is the largest creative sector in the city, with more than 4,500 business employing 16,785 workers.

Looking to the Future

It is thought that the UK is currently on track to create a million new jobs in the creative industries between now and 2030. At the Be More Creative event, Caroline Norbury was also quoted as saying, “talent is everywhere but opportunity is not, and it is imperative that opportunity is developed in all parts of the country, to give real, diverse talent a platform to tell their stories”.

Notably, Manchester is featured in the list of ‘Top 10 Travel to Work Areas’, which indicates that the region is an excellent place for creatives to set up both home and business.

This period of growth has resulted in a wealth of opportunities for small businesses in terms of temporary office space in key areas of Manchester, whether it’s individual studios, coworking spaces or fully serviced offices. A sense of community that spans the creative industries is palpable and a general sentiment of cooperation makes the city an ideal place to set up a range of creative businesses.

There are lots of reasons to start a business in Manchester. In addition to being home to more than two million people, the city region has an economy larger than that of Northern Ireland. In addition to the wealth of praise and support from leading business figureheads and politicians, such as Caroline Norbury and Mayor Andy Burnham, a range of investment opportunities and growth hubs are on hand to support new businesses across Manchester. These include MIDAS and the Business Growth Hub.

The future of the creative industries in the Manchester region looks extremely positive going into the future, despite a potentially challenging UK economy in the years ahead.