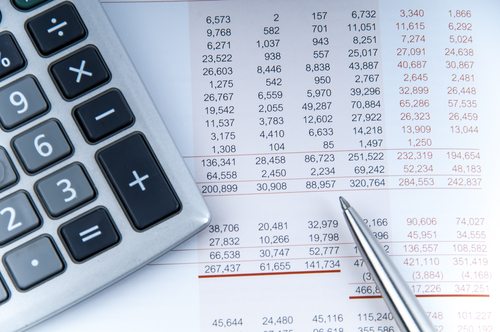 As if the banks hadn’t already done enough to harm small business growth over the past few years, the research also suggests bank charges are starting to cause issues.

Respondents were polled on attitudes to banks in several key areas, with ratings from 1 to 5 – 1 being no issue to 5 being seriously damaging, with anything over 3 classed as harmful to their business.

Bank charges scored the highest here with an average rating of 3.6 – this up 3.23 on identical Forum research undertaken pre-crash in 2006. Not surprisingly, collateral requirements averaged 3.2, up from 2.88; reduction or calling in of loan/overdraft was up from 3.16 to 3.5. Even more unsurprising was availability of finance which saw the biggest leap, going up from 2.43 to 3.3.

Not one of the 10 indicators we used saw the banks improve – and that’s pretty poor by anyone’s measure. The only two areas where the banks did not score above 3, so therefore not harmful to business, was for speed of service, advice on business growth/development, and competence of manager – however all three were still scored higher now than in 2006 so therefore a worsening of performance.

Looking at the research more widely, you don’t have to use too much imagination to see how the banks may just be engineering this for their own ends. Calling in overdrafts, refusing to lend – all actions that leave firms tight for cash and struggling with cash flow. Is it any wonder that we are seeing a marked increase in bank charges causing harm to businesses?

Our research actually follows hot on the heels of the BDRC Finance Monitor published at the end of May, which also reveals stark problems with bank lending. Their research showed the number of firms using external finance sank to a fresh low in Q1 of this year with just 39% of SMEs actively seeking credit.

Putting this in to perspective, when the first Monitor was undertaken in 2011 the figure stood at 51%. Successive quarterly results have seen steady decline, the number reaching 41% in the last quarter of 2012. It also identified there was a significant decrease in all Q1 lending trends for SMEs, regardless of size, compared to the same period last year. In Q1 2012 40% of firms were using bank finance, while for the same period this year there was just 32% – that’s some drop.

Perhaps the really interesting aspect of the Monitors findings is how it revealed three quarters of SMEs now classed themselves as ‘happy non-seekers of finance’ – the highest number in its short history. So firms either aren’t looking to invest, or already have their finance needs covered.

If this trend continues into Q2 and Q3, expect eyebrows to be raised, especially because by then the government’s ‘supercharging’ of the Funding for Lending scheme should be taking effect.

So what have the banks said? They say it’s about an issue of demand, primarily a lack of. But surely any correctly priced commodity stimulates demand and therefore the banks need to do more on pricing and innovation.

Our own cash flow and finance research suggests it’s not just the banks causing headaches for small business. The principal financial concern for SMEs remains the same as last year when we conducted similar research, and that is the rising cost of doing business. This was cited by 42% of respondents – significantly lower than last year’s 54% figure.

We can perhaps attribute this fall to inflation falling away over the last year, but the figure’s still high enough to show it remains a real and present issue for small firms. Perhaps more worryingly is that concern around cash flow and late payment is rising, up from 33% last year to 38%. Concern around access to finance also increased, from 17% to 23% this year, and concerns around the actual cost of finance, from 6% to 8%. Lack of choice for finance at 19% was down marginally from 20%.