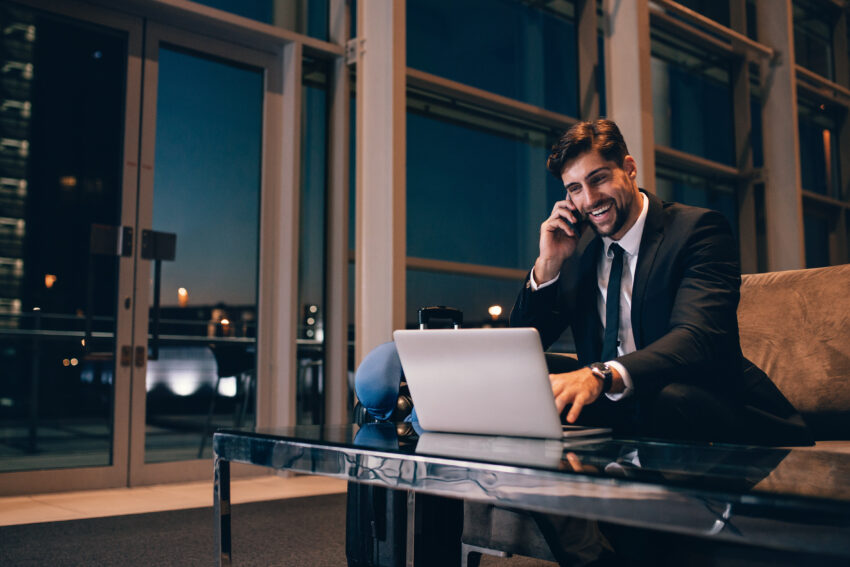 Business travel is set to bounce back to two thirds of pre-pandemic levels by next year, research has found.

Experts had predicted that video calls and online conferences would sound the death knell for overseas jaunts, while airlines feared that businesses would slash their travel budgets.

However, spending on business travel looks set to rise by more than 25 per cent this year, according to the World Travel & Tourism Council (WTTC), and by a further 34 per cent in 2022.

Business travel was disproportionately affected by Covid-19 and has been slower to resume as a result of the trend towards working from home.

Businesses in the Middle East are leading the bounce-back with a 49 per cent return to pre-Covid levels, while Europe is set to rise by 36 per cent this year. The research was carried out with McKinsey & Company, the management consultant.

Business tips only accounted for 21 per cent of the travel market in 2019, but was responsible for the highest spending in many destinations.

Before the pandemic, it accounted for about 70 per cent of revenue for high-end hotel chains. Between 55 and 75 per cent of airline profits came from corporate passengers.

Chris Nassetta, the chief executive of Hilton, the hotel group, said: “A return to business travel will be critical in our industry’s recovery from the pandemic.

“We’re continuing to see incremental progress and this report illustrates just how important business travel is to the economy.”

Experts predict that many companies will have amended their travel policies to save money as a result of the pandemic.

New data from the International Air Transport Association revealed that the number of trips made in first or business class, the so-called premium cabins, has recovered more slowly than in economy over the past year.

Passenger journeys in these cabins were down by 56 per cent this summer compared with the same period in 2019. Economy-class journeys were down 46 per cent.

Airlines are gearing up for a boost to travel once the USA reopens its borders on Monday. They are preparing for their busiest day of transatlantic flying in 602 days as strict entry rules, first introduced by President Trump, are finally relaxed.

President Biden made the surprise announcement that the country would reopen its borders in “early November” on the eve of meeting Boris Johnson in Washington last month.

Despite lobbying by Westminster, the decision surprised the prime minister who had told reporters on his flight to the US that any reopening was unlikely in the near future.

Pandemic restrictions on non-US citizens from 32 other countries will be lifted at the same time. Only those who have had two doses of a Covid vaccine authorised by US regulators or the World Health Organisation, will be permitted entry.

The WTTC report was published at World Travel Market, which is taking place in London this week. The Business Travel Association estimates that, in a normal year, £220 billion is added to UK GDP, as a result of overseas business trips made by Britons.

More than nine million trips were made by Britons for work in 2019 — with more than half being for less than three nights.