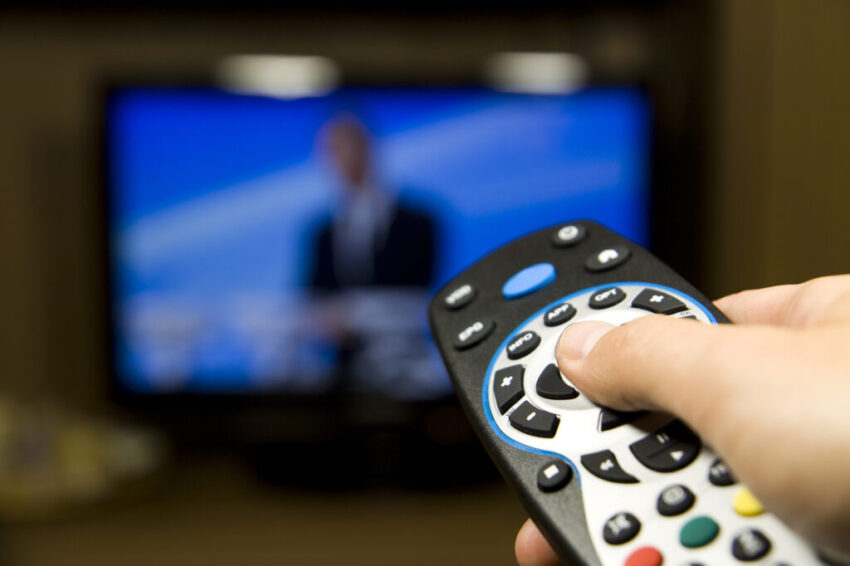 Britons spent 40% of their waking hours watching TV during the height of the coronavirus pandemic, with 12 million new sign-ups to services such as Netflix, as the public sought to relieve the boredom of the nationwide lockdown.

The typical person spent six hours and 25 minutes each day keeping informed and entertained at the height of the lockdown in April – almost a third more, about 90 minutes each day – than during the same month last year.

The biggest driver of this increase in viewing was a doubling in the amount of time people spent watching subscription streaming services – such as Netflix, Amazon Prime Video and Disney+ – to more than a hour per day, according to broadcasting regulator Ofcom’s annual study of the nation’s media habits. Among younger audiences, those aged 16 to 34, streaming screen time jumped to two hours a day.

Ofcom’s Media Nation’s 2020 report estimates that 12 million UK adults signed up to a new video streaming service during lockdown. About 7 million of those already use at least one service such as Netflix and decided to bulk up their entertainment options; about 2 million had previously been signed up to a service but had stopped their subscription; and 3 million were new to streaming.

Before lockdown, about 15m UK homes were signed up to at least one of Netflix, Amazon Prime Video or Sky’s Now TV service.

The lockdown provided the perfect launch conditions for Disney+, which debuted in the UK on 24 March, a day after Boris Johnson ordered the nation to stay at home.

Ofcom estimates that by June the service, stacked with family favourites including Frozen, Toy Story 4 and The Incredibles 2, had overtaken the BBC iPlayer in popularity among children aged three to 11 years old. While use of the BBC’s iPlayer by children declined from 26% to 22% of homes, Disney+ established itself in a third of homes as parents looked to keep children entertained while schools were closed. The Disney+ service passed Sky’s Now TV during lockdown to become the third most popular subscription streaming service in the UK, after Netflix and Amazon Prime Video.

“It’s true that it has been almost perfect conditions for all the major streaming services,” said Richard Broughton, an analyst at Ampere. “Under lockdown there has been a lack of alternative entertainment options where you couldn’t see friends and cinemas, restaurants, pubs and clubs were closed. And with traditional TV there has been a relatively limited variety of shows, people were rapidly running out of things to watch.”

Ofcom’s research shows that the UK’s public service TV broadcasters – the BBC, ITV, Channel 4, Channel 5 and Scotland’s STV – benefited from huge audience figures early during the lockdown but that boost proved to be short-lived.

The thirst for information as the pandemic spread proved a boon in particular for the BBC, which was the most popular source of news in the first week of lockdown, used by 82% of UK adults.

March provided the public service broadcasters with their highest combined monthly share of all broadcast TV viewing in more than six years. However, the popularity of broadcast TV peaked early in the pandemic, with daily viewing reaching three hours 46 minutes, the highest level since 2013, during the last week of March when Johnson announced the nationwide lockdown.

With TV and film production halted due to the pandemic, broadcasters had to begin rationing dwindling stocks of staple hit shows such as Coronation Street and Eastenders while others were delayed or cancelled, such as Love Island and the European football championships, hurting viewing figures.

Ofcom found that by the end of June while video streaming services held on to their uplift in viewing, including the BBC iPlayer, Channel 4’s All4 and ITV’s Hub, broadcast TV viewing had fallen by 44 minutes a day from its early pandemic peak.

The surge in popularity of streaming services during the pandemic looks set to become the new normal for many converts. Ofcom found that more than half of adults said they would continue to watch the same amount of extra content on streaming services they did during lockdown.

“The pandemic showed public service broadcasting at its best, delivering trusted news and UK content that viewers really value,” said Yih-Choung Teh, the strategy and research group director at Ofcom. “But UK broadcasters face a tough advertising market, production challenges and financial uncertainty. So they need to keep demonstrating that value in the face of intense competition from streaming services.”