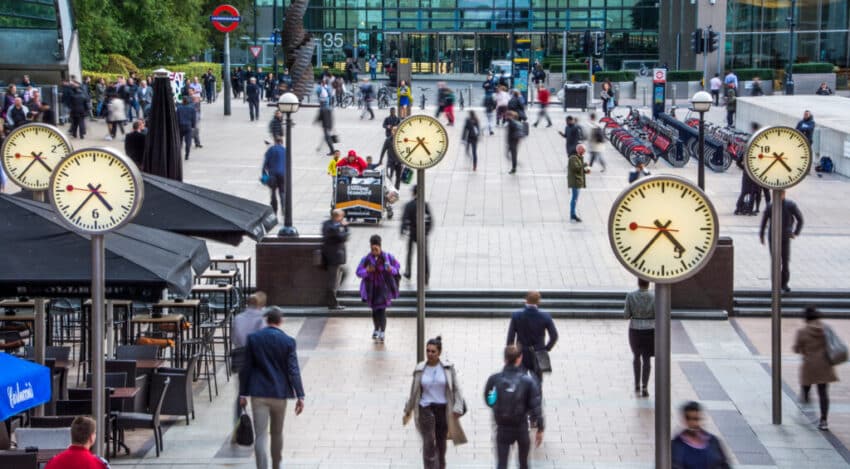 The UK is falling behind with annual average salary increases, according to new research which analysed the pay rates for countries over the past two decades.

With the pandemic meaning financial worry and pay freezes for many employees across the country, the research from payroll software provider Mitrefinch, found the UK ranks in 20th place for annual salary increases, behind Ireland, France and the US.

The data shows salaries have risen by 20% for full-time workers in the UK since 2000, compared to 35% for Ireland. Despite having the 7th highest real minimum wage at £7.56, the UK is behind in rankings as neighbouring countries improve their salary offerings at a faster rate.

Latvian employees were found to have the largest annual salary increase, with salaries rising by 148% according to the most recent figures available. Workers in Lithuania have also experienced a high rise at 144%, with those in Estonia also seeing a rise of over 100% in average annual salary.

Commenting on the figures, Julie Lock, Commercial Director at Mitrefinch said: “The pandemic has meant financial worries for employees across the UK have amplified, with many concerned about losing their jobs or facing pay cuts. Many companies have implemented pay freezes over the past year, meaning employees have had to wait longer to receive a pay rise or promotion than they normally would have.

“The data shows us that although employees across the UK are benefiting from one of the highest hourly minimum wage rates, the increase of both this rate and annual average salaries for full-time employees has been slow in comparison to neighbouring countries.”

Jayne Harrison, Head of Employment Law at Richard Nelson LLP commented: “The data shows average annual salaries in the UK are rising at a slower rate than many neighbouring countries. This is frustrating for many employees since house prices in the UK continue to rise at a faster rate than average salaries, causing major issues for young people in this country as they struggle to get into the property ladder.

“After being hit by the pandemic, employees across the UK are looking to be supported financially by their employers as the economy begins to recover. Many key workers like social care, supermarket and delivery staff are not currently paid the real living wage in the UK. With the key role these workers have played in the pandemic, we are expecting to see more of a push back on this over the next year.”