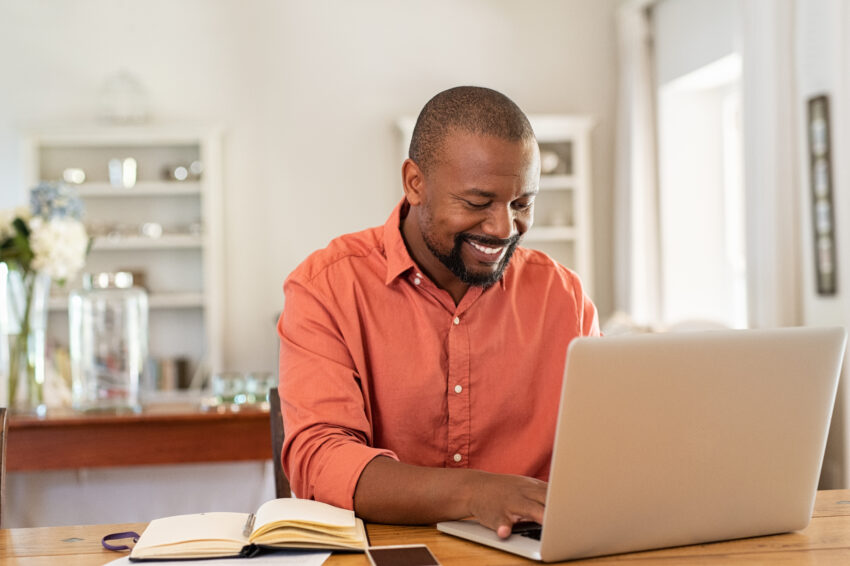 Working from home ‘didn’t really impact productivity much’ says one expert as official data suggests workers shifted seamlessly from the office to their homes.

During the last few months of 2021, output per hour overtook that of pre-pandemic levels for the first time, according to the Office for National Statistics.

Although the Omicron variant led to a renewed emphasis on working from home, productivity still increased on the previous quarter.

Bart Van Ark, professor of productivity studies at the University of Manchester, said it was too soon assess the overall impact of working from home.

But he added: ‘I would say we have learned to work from home in a way that avoids significant productivity losses but that’s as far as I would go.

‘Now that we see this sort of improvement in Q4 over Q3 it seems to suggest that move back to work from home [because of Omicron’ didn’t really impact productivity much.’

Estimates from the ONS revealed output per hour worked was 2.3 per cent higher than the 2019 average in the last quarter of 2021.

Productivity weigh output for each unit of work, gauging a business’s production process.

Total hours worked have remained static over the last month period of 2021. The end of the furlough scheme means around a million furloughed workers had returned to work without any increase in the number of hours worked.

Josh Martin, head of productivity at the ONS, posted on Twitter that the figures suggested a drop in working hours.

He tweeted: ‘Total hours worked in the economy were basically flat between Q3 and Q4 despite one million people coming off furlough.

‘That suggests a fall in average working hours for those not furloughed.’

Former government advisor, a working from home evangelist, and group managing director of Capital Business Media, Richard Alvin, applauded this data, commenting: “I have long held the view that staff work better to achieve common output goals when they are given freedom to achieve them. As a company the CBM group has been employing what is now regarded as hybrid working practises since 2012 and as a company and within individual teams we out perform the majority within there sectors that we operate within.”

Alvin added: “Companies allowing working from home also have two options to save costs as overheads are lower or reward staff with higher pay and benefits. Companies like ours who choose the later which itself becomes a self-fulfilling prophecy because when we look to add to our workforce we are able to offer on average 15 per cent more in terms of pay and benefits which allows us to obtain a higher level of candidates.”

“Employers should take this as proof that their businesses can and should explore hybrid working arrangements where possible. It’s important to keep employees happy, as this reflects positively on a business’s bottom line.”