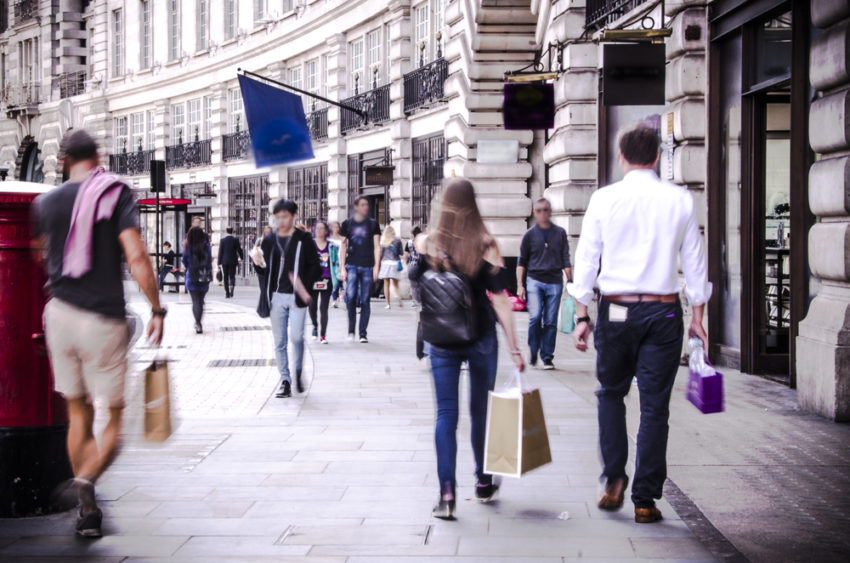 Consumers are now firmly in the driving seat and businesses have no option but to go along for the ride.

The relentless march of technology has brought many changes to society, but for businesses it has done nothing less than fundamentally, and irrevocably, transformed the relationship with the customer.

As the introduction to new Pearson business guide Friction/Reward: Be Your Customer’s First Choice notes, we are now living in a new and unprecedented era of “total choice”. The internet has made it effortlessly easy for someone to purchase any given product or service from a vast array of vendors in a global marketplace, and do so safely. The upshot for companies, irrespective of their sector, is that “for the first time in business history, customers really do call all the shots”.

And because the consumer is now firmly in the driver’s seat, businesses are left with no choice. They must actively and constantly work towards giving the customer what they want, or fall by the wayside while their competitors do just that.

Many companies are already keenly aware of this, and ‘friction reduction’—tackling those elements of the customer mission that puts barriers, ‘unwanted stickiness’, in the way of those customers engaging with a company—has become a buzzword in recent years.

But as retail expert Hammond, founder of retail consultancy Smart Circle Limited (SCL) and who counts BP, Sony, Kingfisher, L’Oreal and EE among his clients, explains, reducing friction is not enough by itself. If businesses are serious about re-orientating themselves around the total customer experience then they also need to consider the flipside of friction: reward. Those are the exclusive extras that come with a particular vendor, such as the quality of customer support or a fulfilling experience in-store.

By measuring friction vs reward during the entirety of the customer journey, companies can finally see the bigger picture of what is driving their trade or, conversely, what is driving it away. This game-changing idea lies at the heart of Friction/Reward, but what really takes the book to the next level is that it also provides the first metric for actually mapping complete customer engagement. In doing so it has the potential to surpass all other forms of measurement that have come before, and which are let down by only measuring the customer experience in isolated pockets.

Hammond’sfriction versus reward metric (FvR) is both simple and extremely powerful, and is described and demonstrated clearly in the second half of the book so that readers can quickly start applying it to their own businesses. What’s better, it doesn’t require new or additional customer research as any company already engaged with customer mapping will most likely have all the data they need for the metric right at their fingertips.

Armed with this metric, which Hammond claims humbly to be a “truth uncovered” rather than some revolutionary theory devised solely in his mind, any company with customers—that is, all companies—can now attain what has until this point been a goal always tantalisingly out of reach. To wit, viewing “the best possible picture of what it is really like for customers to spend money with you”.

The rest of the book fleshes out FvR, dissecting the customer journey with in-depth consideration of such factors as customer missions (their goal); touchpoints (the points of interaction between consumer and supplier); and need states. On this last point, Hammond does not hold back from his criticism of the traditional but wooly marketing tool of persona segmentation, which he describes as a “ridiculously muddle-headed idea” in that it makes gross assumptions about particular consumer demographics and fails to consider that even a single customer can go through many varying emotional need states during the space of one day. The businesses that appreciate this subtlety and factor it in to their customer experience through building a library of need-states will be the ones who triumph. As he states, “You really can’t predict how people in the same segments willbehave, but you can predict how people in the same need stateswill because the latter share emotional, mood and practicalcommonalities.”

There are a wealth of case studies illustrating how household names such as Uber, Microsoft, GOV.UK and Ryanair, to name but a few, have successfully capitalised upon their understanding of friction vs reward. Readers also benefit from many useful charts and diagrams, as well as a ‘take-home’ section of key points at the close of each of the book’s 10 chapters. Further free resources can be found online at www.frictionreward.com while those seeking assistance with the generation of a FvR metric for their company have the option of utilizing a paid-for software tool available from Hammond’s latest business, www.Uncrowd.uk. 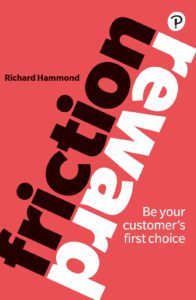 Friction/Reward’s final section considers the frictionless future of retail and once again underlines just how important it is for organisations across all sectors, be they supermarkets, banks, utility companies or public sector institutions, to get on-board with FvR thinking as a matter of urgency.

Managers and leaders across all business sectors, and working within companies of all sizes, will find this ground-breaking business guide a revelation in adapting successfully, and profitably, to the new order.