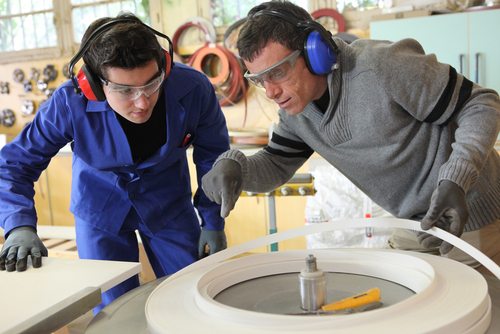 There was particularly strong growth in the engineering sector, with starts up 21.5 per cent to 59,480.

Business Secretary Vince Cable said: “Whenever I speak to businesses, a lack of trained workers is a frequent concern.

“Today’s figures mean we are starting to turn the tide. Over half a million people took up an apprenticeship last year, showing that our investment in vocational skills is paying off.

“I am particularly pleased to see the high number of people studying engineering. We have a massive shortage of engineering skills in this country, and we need even more to support manufacturing, exports and infrastructure.”

Growth in higher apprenticeships was particularly strong, increasing by 67.6 per cent. In July 2011 the Government introduced the £25 million Higher Apprenticeship Fund, which has resulted in 29 projects set to create 20,000 higher apprenticeship places over the next three years in careers such as engineering, law and accountancy.

Skills Minister Matthew Hancock said: “Apprenticeships are vital to the Government’s drive to create a more highly skilled workforce who are better able to compete in the global race.

“This big increase in higher apprenticeships is giving people the opportunity to follow work-based pathways into professional careers in engineering, the legal sector and accountancy, while earning. This is a result of our determination to put vocational education on a par with academic learning, and we are developing this further in 2013 by extending apprenticeships to include graduate and post-graduate level learning.

“We are strengthening apprenticeships to make them more rigorous, and to respond to the ever-changing needs of the modern workplace.”

The figures also showed that growth in apprenticeships has been balanced across the regions, with increase in starts ranging from 11 to 15 per cent.