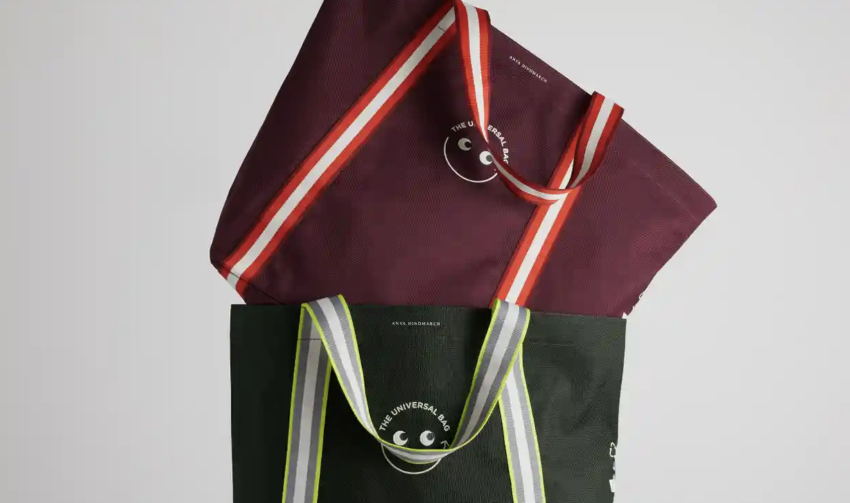 With the exception of a new must-have brand of oat milk and an aesthetically pleasing tin of chopped tomatoes, the supermarket experience is not an especially chic one – unless Anya Hindmarch is along for the ride.

Having sent shoppers wild in the aisles of Sainsbury’s with the I Am Not a Plastic Bag bag that opened a debate on single-use plastic in 2007, the accessory designer is returning to the checkouts this winter with a bag she hopes will revolutionise the way we carry our shopping.

Intended to put paid to the idea of the shopping bag as an unloved item that is mislaid, disposed of, or left in the boot of the car, Hindmarch’s new bag is a luxury item with a supermarket price tag of £10.

Billed as “the next generation reusable shopping bag”, it is a response to government data showing nearly half a billion single-use plastic bags were sold from 2020-2021 – five years after the government levy on carrier bags was introduced.

The launch on 2 December comes after findings that the supermarket “bag for life” is not the environmental solution it was intended. This year, a number of food retailers pulled the 10p bags from their stores after learning that most ended up in the bin, with the average household getting through 50 a year.

Hindmarch’s solution is an oversized tote bag with a smiley face logo and racer-style straps. It is burgundy to reflect Sainsbury’s signature colour, and will be available in racing green when it goes on sale in Waitrose in January. The designer, who said the project was about “eco not ego”, is in talks to launch the bag at other supermarket chains too.

Certainly, it would look more at home on the shelves of one of Hindmarch’s boutiques, where the going rate for a handbag is £900, than among the Graze boxes and marked-down mangos. But it is the substance and not the style of this accessory that Hindmarch hopes will set it apart from other bags under your sink.

The bag is made from recycled plastic and is fully recyclable, with minimum effort required – a built-in pocket acts as a pre-addressed envelope, allowing the bag to be placed in any letterbox when the user is ready to part with it.

It is designed to withstand 10 years of hard labour. “You can get your week’s shopping in it and schlep and lug but you can also put it down in a puddle while you wait for a bus,” says the designer.

As the landfill situation worsens in the UK, critics of the fashion industry will question the need for another mass-market fashion item. But Hindmarch, a savvy businesswoman and UK trade ambassador, as well as an environmentalist, believes incremental improvements are crucial.

“We’re never going to get away from needing bags because we need to move things from one place to another,” she says. Instead, she hopes that the universal bag will encourage shoppers to think of long-term solutions. “The less we sell, the better. I want people to buy one, use it for 10 years and more, and then recycle it.”

Zoe Avison, of the environmental thinktank Green Alliance, welcomes the arrival of a bag likely to appeal to consumers. “If it encourages shoppers to ditch their throwaway habits it will have a positive impact,” she says.

But she puts the onus on the supermarkets to create lasting and meaningful change. “If cheap bags for life are still available at the till, this bag is unlikely to be transformative” she says. “The UK should look to Ireland, where bag use has dropped 90% after a minimum charge of 70 cents was introduced.”