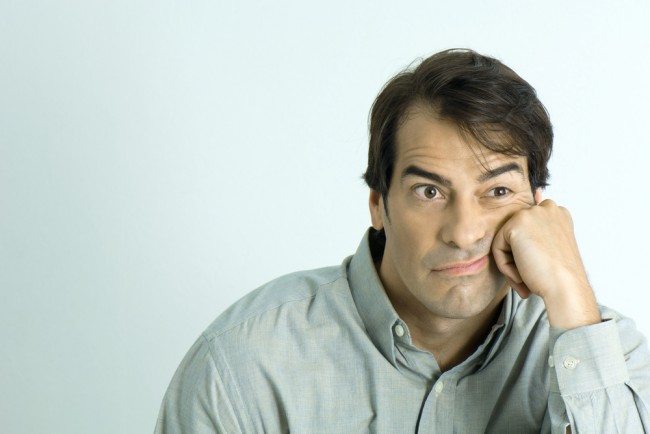 When it does, it inflicts pain on the individual suffering it and causes productivity losses for employers, says HBR. Yet, the phenomenon remains stigmatised and under-researched, leaving crucial questions unanswered. What are the causes? Why does this malaise seem to strike in mid-life? And how can those who are stuck in its grips shake themselves loose?

An emerging literature in economics has started to investigate what’s happening during midlife, providing insights that might help people and firms to better handle these painful and costly episodes. Analysing a nation-wide survey from the UK, a group of economists working with professor Andrew Oswald of The University of Warwick found that the job satisfaction of the average employee deteriorates dramatically in midlife. Mid-career crises are, in fact, a widespread regularity, rather than the misfortune of a few individuals. But here’s the good news: In the second half of people’s working lives, job satisfaction increases again, in many cases reaching even higher levels than earlier in the career — essentially forming a U-shaped curve.

Subsequent research discovered that this age-related U-shape in job satisfaction is part of a much broader phenomenon. A similar midlife nadir is detectable in measures of people’s overall life satisfaction and has been found in more than 50 countries. On average, life satisfaction is high when people are young, then starts to decline in the early 30s, bottoming out between the mid-40s and mid-50s before increasing again to levels as high as during young adulthood. And this U-curve occurs across the entire socio-economic spectrum, hitting senior-level executives as well as blue-collar workers and stay-at-home parents. It affects childless couples as well as single people or parents of four. In short, a mid-career crisis does not discriminate.

So what’s driving the midlife nadir in job and life satisfaction if it’s independent of people’s life circumstances? And if it’s such a widespread phenomenon, why does it seem to catch us by surprise? To answer these questions, I analysed a unique longitudinal German survey that followed 23,000 individuals from 1991 to 2004, where people reported their current life satisfaction as well as their expected satisfaction in five years time. Since the same individuals are interviewed each year, it’s possible to see if people accurately predicted their future life satisfaction.

Young people, it turns out, are overly optimistic, expecting significant increases in life satisfaction, rather than anticipating the slide down the U-curve. Young adults typically believe that they’ll “beat the average” — that they’ll be the lucky ones who end up with a top job, a happy marriage, and healthy children. Neuroscientists believe that overoptimism is based on biased information processing in the brain, which makes it difficult to correct overly rosy expectations in the young (this bias might actually be evolutionary efficient, as a powerful driver for seeking progress).

As we age, things often don’t turn out as nicely as we planned. We may not climb up the career ladder as quickly as we wished. Or we do, only to find that prestige and a high income are not as satisfying as we expected them to be. At the same time, high expectations about the future adjust downwards. Midlife essentially becomes a time of double misery, made up of disappointments and evaporating aspirations. Paradoxically, those who objectively have the least reason to complain (e.g. if they have a desirable job) often suffer most. They feel ungrateful and disappointed with themselves particularly because their discontent seems so unjustified – which creates a potentially vicious circle. The Atlantic’s contributing editor Jonathan Rauch described several such cases (including his own) in his cover story on mid-life crisis, for which he interviewed me about my research.

As a whole, these findings tell a story in which the age U-shape in job (and overall life) satisfaction is driven by unmet aspirations that are painfully felt in midlife, but beneficially abandoned and felt with less regret during old age. Importantly, in the German study, I found this pattern regardless of people’s socio-economic status, their gender, or whether they lived in East or West Germany, despite the cultural differences in the decade right after unification. Periods of “mid-career crisis” seem to be part of a natural developmental process, driven by biology rather than the specifics of a particular job. Hence, drastic career changes are unlikely to make you better off. If the burned out Wall Street lawyer and the dissatisfied NGO activist were to change seats, perhaps neither would end up more content.

The data seems to suggest that if you’re in the throes of a mid-career crisis, maybe you should just wait it out until the U-curve’s upward slope is reached. But there is more we can do in the face of mid-career malaise:

At the individual level, acknowledging mid-career dissatisfaction as a normal and temporary stage in your work life provides a light at the end of the tunnel when you feel like there’s no hope. Moreover, hearing that it’s OK to feel regret from unmet aspirations helps you break the vicious circle of disappointment about feeling discontent.

At the firm level, HR could create mid-career mentoring programs. Mentoring is usually directed at early career stages and continues only informally through the rest of the career. My findings suggest that those in a mid-career low can learn from their older colleagues who already went through the valley and have emerged feeling less regret, having adapted to life’s circumstances. A corporate culture that openly addresses mid-career discontent could support employees in this reorientation process, helping them explore new opportunities — within the firm.

While a mid-career crisis can be a painful time in life, it can also be an opportunity to reflect and to reevaluate personal strengths and weaknesses. Whether you choose to wait out the discontent, or make a drastic change in the hopes of a brighter tomorrow, rest assured that this too shall pass. Take heart if you find yourself in the depths of this U-shaped curve, because things can only look up from here.