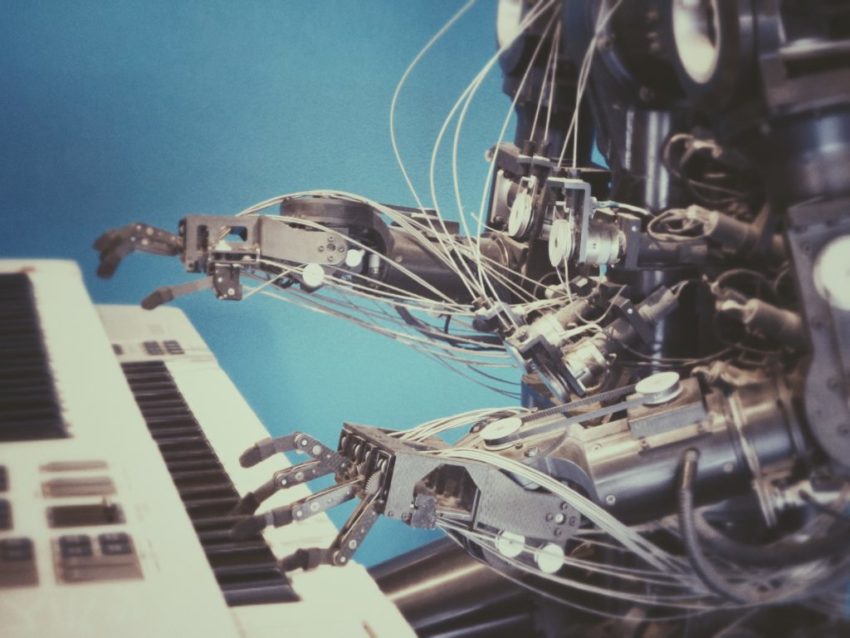 As Artificial Intelligence (AI) systems become more advanced, it is being used to create and invent an ever-increasing range of new things.

AI is also being used in music production, with a new industry being built around the use of AI in music. The musician Taryn Southern has used an artificial intelligence platform called Amper to create an entire album, called I AM AI.  The album was the first LP to be entirely composed and produced using AI.

Then there’s AI as inventor.  A patented AI system called “DABUS”, created by Dr Stephen Thaler, can devise and develop new ideas.  This patented creativity machine is already coming up with inventions such as the “fractal container” – a food container that uses fractal designs to create pits and bulges in its sides. This design can help the containers fit more tightly, making them safer during transportation. Another benefit is that robotic arms should find it easier to pick them up and grip them.

It’s also invented a lamp called a “neural flame, which is designed to flicker in a rhythm mimicking patterns of neural activity that accompany the formation of ideas. This design makes it difficult to ignore and so attracts enhanced attention.

In a test case the human creator of DABUS has worked with patent attorneys to file patents for these two inventions with DABUS named as the inventor.  This is causing quite a stir in patent law circles as it’s generally been assumed only a human being can be an inventor for patent law purposes.  But as AI advances, why shouldn’t the machine be an inventor for patent law purposes?  At the very least a debate needs to be had around this question.

When it comes to copyright protected works such as art and music, many countries require a human creator.  Copyright law internationally is based on the idea of a human “author”.  If there’s no such human author, copyright protection doesn’t exist.  But some countries including the UK have worked out a way around this problem.

In the UK a copyright work (e.g. a book, software, art or music) created by AI can be eligible for copyright protection.  This is because UK law “deems” a human author in such cases – this is the person who undertakes the arrangements necessary to create the work.  So, the person who wrote the algorithm(s) and neural networks used, set up and trained them would be the “author”.

Clarifying who owns AI-generated works and inventions and how they are protected (through patents, copyright or some other more limited form of IP protection) will be the next big debate in global intellectual property (IP) law.

But the wheels of global IP law move slowly and international treaties to deal with such things can take years to come to fruition.  In the meantime, we can expect individual countries to make their own laws where possible.  This will be easier for copyright than for patents.

So it may be a while before we have clarity on how IP law protects AI-generated works.  Until then businesses using AI will need to take a number of practical and contractual steps to ensure what is generated is owned by them and protected by IP law.

At the moment AI will often just be a tool used in the creative process. If a business doesn’t own the AI in question then care will need to be taken in agreeing to any licence terms for its use, and what they say about who owns what the tool is used to create.

AI typically needs to be “trained” by feeding it e large amounts of data – this is how machine learning works.  Who owns this data and any terms required for its use will also need to be analysed to ensure there is no leakage of IP to others.

Keeping algorithms confidential where possible is also prudent as is documenting who programmed and/or created the AI and any training data used.  Everyone involved in creating the IP ought to assign their rights to you as business owner and agree to respect confidentiality where relevant.