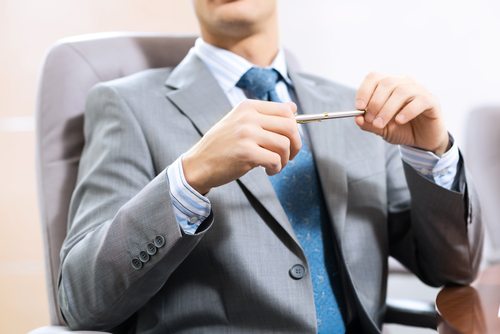 Let’s be clear about something. The boss is the boss. It is a position of power. Whether they are the manager of a department, head of a unit or the owner of the business they have positional power. That is a view most people subscribe to. To put it more simply they have influence. In reality, however, in this ever changing and volatile world the true power to deliver productivity, sales, growth and efficiency is not with them. It is with the followers of the leader. The workers. The leader however, has huge influence over one key area of the business, its culture.

The culture of the business will be determined more by the actions of the leader than by the smart words and mission statements they may have on their walls. I was always interested in the incongruence of a business I worked with that had a mission statement that included the sentence ‘Our people are the greatest asset we have’. Where the incongruence came was that they invested more effort, energy and capital in improving their factory than they ever did on improving their workforce. This was just one symptom of a wider issue the leader had with communicating and engaging with the workforce i.e. the followers who can do more to influence efficiency than the leader.

This is the same effect as saying ‘my door is always open’ and then retreating into my office closing the door and remaining unapproachable for ever more.

A lot is written about company cultures. They are named, modelled, plotted and changed (sometimes they change). My area of expertise how communication affects culture and honesty in the workplace and how this affects a business’ ability to solve problems. What interests me especially is the effect these have on business efficiency and why leaders put up with them.

In communication terms there are simply four cultures that grow in organisations and they are all the product of the boss.

Passive: Shrinking violets
This is the culture where the employees behave passively towards everything that management do or suggest. The staff do not express their feelings or their opinions and actually appear not to have an opinion. It is most likely to be found in smaller, owner managed businesses where the boss has a clear almost fanatical vision of what he wants to achieve and how. The staff they employ are simply the tools to achieve the results and the boss requires no input from them. In fact input is actively discouraged and not offered. The staff don’t appear to mind.

Passive Aggressive: Sulking
This is often mistaken for a passive culture. In reality there is a seething mass of aggression that the individuals and the collective are afraid to express. This leads to classic passive aggressive behaviours such as use of sarcasm to make points, scoring points against each other and ‘bitchiness’. It becomes highly politicised because there is an unwritten code of behaviour to work out and the rules of the jungle communication exists (the rules are, there are no rules). Sulking or withholding communication or support for projects is rife and efficiency is dramatically affected as mental and emotional energy is taken up with whatever petty conflict is at the forefront of the person or the workplace.

Aggressive: Shouting
Some prefer this because they see it as ‘at least it’s honest and out in the open’. The reality of it is, unless it is considered acceptable and everyone (absolutely everyone) signs up to it, aggressive behaviour has an impact upon others, and has consequences. An aggressive culture where it’s perfectly acceptable to blow up, shout at each other and act out anger in the workplace is quite rare. It’s rare because those that are aggressive rarely want others to be aggressive back to them. They want their aggression to influence people. Examples of these cultures may be found in the male dominated teams on the trading floors of the investment banks and we all know what those cultures have cost us.

Assertive Culture: Sharing
I summarise this as anyone in the company can communicate their feelings honestly, openly and respectfully to anyone else. Importantly whilst this level of honesty is wholesomely influential the meaning behind it is not to influence. It is simply to be heard. Communication where there is an expectancy that others will change and do as you wish is not assertive. It’s aggressive. This is the culture that we should, in my opinion, aspire to. It is the most challenging to cultivate and maintain. It requires bravery, honesty and integrity. The rewards, however, are great. Imagine an organisation where conflicts were resolved honestly and openly with respect. Where problems were dealt with and everyone moved on. No more seething and plotting. No more fear of aggressive responses. No more not contributing because ‘no one will listen anyway’. This is real employee engagement.

So why is it that the least common culture I come across is the assertive?
There is a whole host of reasons. One is that from an employee point of view it is often easier to avoid responsibility and instead take the victim or martyr position and moan. We can’t expect assertive communication and respect without role modelling it ourselves. Another factor will be the boss fearing loss of control that they may perceive comes from genuine discourse, debate and allowing others their say. Stress is a huge factor in poor communications and people under stress drop the respectful part of communication thinking it won’t matter this one time. The problem is one time becomes two, becomes a habit and before you know it we are taking offence and in conflict. There will be many more reasons why these cultures grow. I will leave you with one more. Passion. Too many people mistake passion for an excuse to railroad people. True passion inspires. It does not leave you feeling like you have been trampled upon by a screaming, unruly, rioting mob.

Am I advocating no conflict in the workplace? Absolutely not! In fact I feel that challenge to ideas, to the way we do things and behaviours and attitudes should be encouraged to the point of provocation. In other words the boss should be encouraging conflict. Conflict, that is, in a healthy assertive way. An assertive culture is not one where there is not conflict. In fact it is open about conflict. It encourages it and does not sweep it under the carpet and pretend it’s not there. An assertive culture takes all the benefits of disagreement and conflict and makes the best of them.

If the strategic direction of the business is a big arrow travelling in a given direction then each team member, department or division is a smaller arrow inside the bigger one. If all the smaller arrows are pulling in different directions the larger arrow slows down and stalls. If they are all moving in the same in the same direction… I think you know the rest.

The point is, healthy, assertive conflict and the culture that promotes speeds up problem solving, decision making and is an essential part of a flexible progressive business. So sort out your sulkers, shrinking violets and shouters and set up culture that will make sure your business is buoyant. After all, if you’re the boss, you’re the one that needs to lead the way.