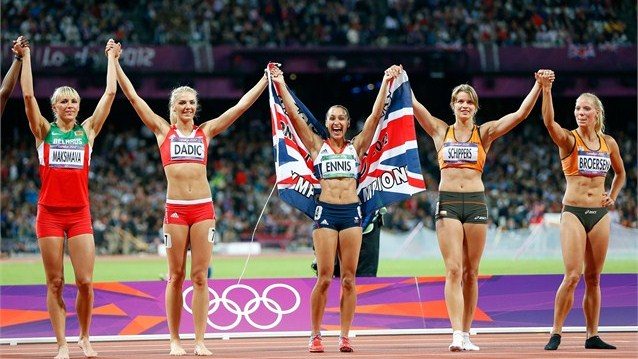 Strategist Richard Bosworth facilitates What If Forums for SME owner managed and family run businesses talks about creating a team of stars. In the same way that outperforming Olympic teams – in which both the leading and supporting players are synchronised and focused on the end goal – businesses who create High Performance Units (HPUs) are more likely to emerge triumphant in today’s fiercely competitive and turbulent climate.

As an MD or business owner, ask yourself if you have a team of stars – those who perform brilliantly as an individual but not necessarily as part of a team, a team of people who plod along and get the job done – or a High Performance Unit (HPU).

It’s historically proven that world class individuals and teams in sport succeed because they are part of a High Performance Unit – with the emphasis on the unit as opposed to the individual.

A good example of this is cycling – a sport perceived to be an individual event. Recent TV documentaries on cycling’s golden girl Victoria Pendleton and Tour de France victor Bradley Wiggins, who has just sealed his fourth Olympic gold to become Britain’s most prolific Olympian – highlighted how the cracks that appear in the support team directly impact on overall performance and results.

In the sports arena, the clear correlation between the unity of the High Performance Unit and the results on the track or road is measured in centimetres and fractions of a second. It comprises the vital difference between being world beating – and being second best.

Operating as a world beating High Performance Unit entails the visible and invisible players being perfectly attuned. In motor racing this spans drivers, management, designers, engineers, mechanics, pit crews, race strategists, dieticians and trainers. In top cycling teams it sees the leader supported by fellow cyclists who pull out all the stops to help the leader win. You may recall how UK Olympic silver winner Lizzie Armitstead was quick to praise her British team-mate Emma Pooley, who rode tirelessly for almost 100km, covering every break made during the frenetic middle section of the race.

The same formula can be applied to the business world where a High Performance Unit comprises visible and invisible players in the field, on the road, at the help desk or providing financial, strategic and admin support behind the scenes – firing on all cylinders and in harmony. Such units are more likely to survive the turbulence of the years ahead, cross the finishing – and outperform their competitors.

1. Establish a clear purpose and goal
There is one simple purpose or goal which is known and understood by everyone involved in the High Performance Unit. Team Sky, for example, aspired to be the first British team to win the Tour de France. They achieved this with two years to spare.

2. Ensure total alignment
This is where every player, and what they, directly and clearly relates to the goal of the High Performance Unit. Everyone understands each other’s roles and how their collectively drive the end goal. Each player is valued and everyone’s contribution is equal.

3. Secure 100% buy in
Doing just enough to get by or being mediocre is not acceptable in an HPU – it’s all or nothing. There is no place for underperformers, turf wars or empire building.

4. Be transparent, truthful and honest
There are no secrets – either professional or personal. Openness, honesty and trust are the glue that holds the unit together. There will inevitably be differences, disagreements and ‘fierce conversations’. It is vital that they are ‘Carefrontational’ – because all the players in the unit care about each other and are brave enough to confront the uncomfortable in pursuit of the unit’s common purpose and goal.