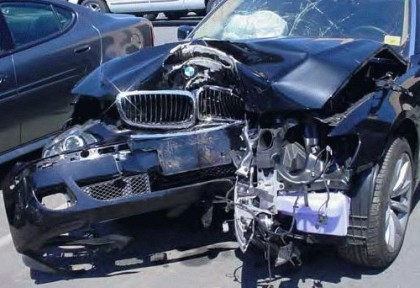 These are just three out of thousands of examples of how electronic intelligence is finding its way into things that have no obvious connection with computing.

“The world is getting smarter, not metaphorically but literally,” says Samuel J. Palmisano, chairman, president and chief executive of IBM. “Intelligence is being infused into the way the world actually works – the systems, processes and infrastructure that enable services to be delivered and physical goods to be developed, manufactured and sold.”

Take radio frequency identification, or RFID, tags. These are ‘smart barcodes’ that can be automatically read by machine, and they’re already revolutionising supply chains in every field from groceries to health care.

In future, says Clive Harris, chief innovation officer at IBM UK and Ireland, an even smarter kind of RFID called near field communications (NFC) will enable a wide range of new ways of doing business. It’s already used for electronic payments, such as the Oyster cards with which Londoners pay bus and tube fares, and NFC chips are starting to be included in mobile phones.

Soon, says Harris, if you see a poster for a sporting event, you’ll be able to swipe your phone over a chip on the poster, pay for admission on the spot, and receive an electronic ‘ticket’ on your phone that will open the turnstile at the venue – all without any paper, postage or human intervention.

The trouble with this utopia is that the more intelligent devices you have and the more you measure things, the more data you get. Many businesses are already bucking under what Palmisano calls this “data tsunami”. Yet within three years it’s predicted that the tsunami will be 10 times as high. How will we cope?

Search engines are being streamlined to deliver only the information we want. “There’s an increasing emphasis on relevance, personalising results for specific groups of people depending on their job function,” says Robert Whiteside, UK head of enterprise at Google. Today’s search engine still needs to be told what interests people, but in future we can expect it to learn this simply by watching us work.

A decade ago, most business-critical information was generated and stored by centralised systems – production, sales, finance etc. The problem now, says Martin Sadler, a director of HP Labs in Bristol, is that much valuable information is buried in ‘unstructured’ formats such as emails, web pages or wikis. So HP’s researchers are developing ways of combing multiple information sources to create a complete picture. A sales person visiting a client could be presented with not only the client’s purchase and payment history, but comments in colleagues’ emails, opinions of the company on public blogs, even news stories from the web.

The computer that reads on your behalf is no longer science fiction. IBM’s Cobra software can read what people are saying about a company or its products on blogs, wikis and social networking sites and work out whether comments are positive or negative.

Technologists are also working on ways to interpret non-verbal information. IBM is developing smart surveillance solutions that make sense of CCTV footage – not just for security purposes, but so that a retailer, for example, could analyse why some aisles are more popular than others, or how often shoppers look at an item but don’t buy it.

Even paper documents can be processed intelligently. Xerox has software that can distinguish between, say, invoices, letters and application forms just from their general shape so they can be routed to the right department, and pick out key words like “cancel my account” for the most urgent attention.

Powerful tools are being developed to analyse all this information and turn it into the knowledge business people need to make decisions. Crunching the numbers is something computers have always done well, but as much effort now goes into presenting the results.

“People are very visual animals so visualisation of information is a big trend,” says Peter Cochrane, an independent consultant and former guru-in-chief at BT. “You can get 3D colour animated graphs that roll dynamically with a time clock so you can see the way things are changing.”

Multinationals and governments can hire boffins to harness all these jaw-dropping developments in ‘smarter world’ technology. For the rest of us there is “the cloud”. You’re going to hear a lot about the cloud, which Sadler calls “The transformational business technology for the next three years”.

In essence it’s a pick’n’mix goody box of IT applications and services, available on demand and at low cost via the internet. Pioneered by companies such as Google and Salesforce.com offering personal productivity or customer relationship management applications, the cloud is set to expand exponentially to embrace everything from designing brands and printing magazines to video conferencing and foreign language translation.

For small and medium-sized firms, it will be the key that unlocks the door to a smarter world.