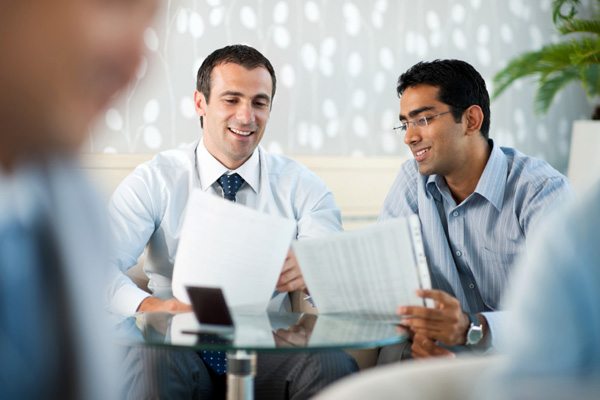 But is driving a good bargain so bad? Especially if the result is a satisfied seller, and a happy buyer who is likely to return for more of the same when the time comes? In advanced, large scale, business-to-business contracts, an uneven or contentious outcome is unlikely to be a sustainable one.

In some eyes the crude stereotype of a skilled negotiator is akin to a cold poker player who keeps their feelings rigidly in check. In fact, there is plenty of evidence that exchanging information on feelings can aid the process of negotiation. We discovered that over 12 per cent of the behaviour of skilled negotiators involves revealing information about their internal thoughts and feelings. That’s over 50 per cent more than those who are merely average at negotiating. Now, it’s true that negotiations involve a balance of power. To an extent that power is based on perceptions.

Why? Because power comes from knowledge; in a sales situation this translates to information about what a buyer needs, how their market works and what the seller can offer to help solve their business challenges. This normally involves some of those feelings-based behaviours that can help to build the right climate for the honest exchange of information and therefore the skilled deployment of a “pull” rather than “push” style by the parties involved in the discussion. Successful negotiators spend 2.2 times more time seeking information than their objectively average counterparts.

Huthwaite International’s research looked beyond commonly-accepted wisdom, preferring instead to observe the behaviour of the high achievers in their field. As a result, we’ve got a good idea of what skilled negotiators actually do, rather than just noting what they say or think they do.

If by describing a deal as “good” we mean that that the seller has been weak and has granted too many concessions trying to add value, then it wouldn’t really be good at all. In fact, we believe that one of the most important principles of negotiating is that nothing, absolutely nothing, is given away free. Even in a financially tight era, there are creative escapes from race to the bottom.

What if the seller creates a different type of value, which actually makes the deal equally attractive to both sides? The skill of doing this involves both preparation (what information do I have or need to acquire about facts, figures, targets and negotiable issues, to structure a deal that will be good for us and acceptable to the other party?); and planning (how will I use this prep to give me a defensible case in the face-to-face negotiation, how will I use the power I am perceived to have and what bargaining strategy and behaviours will I use when I get there?). Of these, planning is certainly the more important.

Skilled negotiators are capable of building value for all aspects of their offering before they begin so that they can trade things such as service levels, staffing, timescales or volume. They ask the buyer questions to find out what they want and whether they are interested in growing the size of the cake, rather than just cutting smaller slices from it.

And rather than focusing on a single issue – usually price – they have something to trade with. Bargaining is a key part of any negotiation. But in order to carry this through, one side has to have something of value that the other side wants.

It’s worth prioritising these negotiable issues beforehand, calculating the cost of concessions to avoid any expensive and impulsive mistakes when under pressure. But don’t forget that the concept of value differs from business to business.

It’s no good blurting out: “We’re a bit quiet at the moment so we can get it to you immediately.” A better approach would be: “You told me that you would like this in time for Christmas, I could just make a call and see what we can do.” That way you can extract the value that the other party puts on something, rather than the value that you put on it.

Also, a skilled negotiator would not settle and shut down a single issue before the whole deal is agreed, however, tempting. The skill is in juggling the conversation so any issue can be brought back into play at any time.

Good negotiating isn’t about adding value, but creating value. Too often businesses see value as something they give away like a free gift. The problem here is that it usually isn’t valued at all.

Likewise, a win/win deal doesn’t just split the difference; it creates value over and above what the two parties bring to the table. It can also lead to more sustainable and ultimately more profitable supplier/customer relationships.