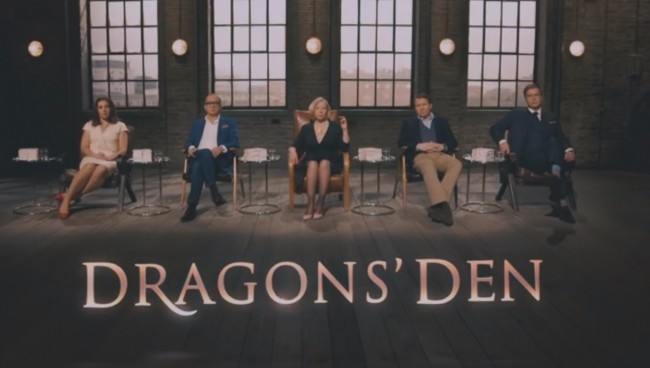 Get your numbers sorted
Cringe worthy moments in any Dragons Den episode usually stem from an entrepreneur muddling up their facts and figures. Across all the seasons and all the episodes, businessmen and women have been laughed out of the Den purely because they didn’t know their numbers.

It may seem like an easy mistake to make, but it is a mistake that will prove costly when trying to secure an investment. A couple of entrepreneurs and their luxury handbag repair company lost out on a deal when they confused all the Dragons with their numbers and business plan. When frustration kicked in with the Dragons, the businesswomen left the Den red faced after hearing all 5 investors say the dreaded words: “I’m out.”

Have a personality
Dragons love a business with a character behind it. Show passion and show a desire to succeed and you’ll have the dragons interested before you’ve even told them what your business is. Some of the most successful pitches on Dragons Den have been some of the weirdest and most outlandish, so be creative and try and stand out from the rest of the crowd. The owner of The Raw Chocolate Company entered the den with an unconventional ‘free spirit’ approach, which left the Dragons fighting for a share in his business.

Don’t be rude
Any meeting with a dragon or an investor is a golden opportunity, so don’t blow it by being rude. Just last night, an entrepreneur trying to land an investment for her seaweed seasoning company got on the wrong side of Peter Jones, and soon after, all the Dragons were left with a bad taste in their mouth. You’ve gotten a chance thousands would die for, so don’t take it for granted and appreciate the opportunity.

Stick to your guns
Know what you want and do everything you can to get that. The Den can be an intimidating place and it can be all too easy to bend over the backwards when the going gets tough. But the investors panel will value you more if you have a backbone and show a little grit.

It might be tough to say no to a dragon, but if you can’t strike the right deal then sometimes you have to walk away. The owner of Tags Crisps refused to budge when he offered the Dragons only a small percentage of his business, but was finally able to land a lucrative deal with Deborah and Peter.

…But not too much
Be willing to negotiate. Sometimes, any deal is better than no deal at all. Dragon’s wont want to engage in a deal if they have to drag someone along kicking and screaming. Your pitch wont be the last one they hear, but it’ll be your last chance to pitch to a dragon, so be willing to compromise.

A pair of happy-go-lucky entrepreneurs won over the Dragons with a cheeky smile, but always with their ability to negotiate. When stiff demands weren’t met, the businessmen behind an electronic accessories company were able to find some middle ground with Deborah, and left the Den with a powerful ally.

Be honest
You cant know everything of the top of your head so don’t try and hide something you don’t know. Earlier this season, a group of entrepreneurs held their hands up when they didn’t know a few numbers about their business, and the Dragons welcomed their honesty. Deborah admitted that she loves an honest answer, so having a mental block isn’t the end of the world.

Relax!
Dragons will eat you alive if you walk in carrying a bag of nerves with you. Be confident in your business and the panel will be too. A yoga instructor unfortunately missed out on a deal in the first episode of this series, but his laid back approach to the Dragons had them all on side. They might be scary to begin with, but nail your pitch and you’ll have a powerful business partner to work with.