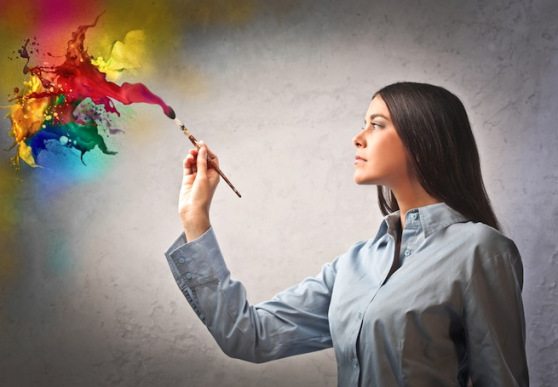 Many companies unintentionally hinder creativity, so learning how to motivate creative employees can give you an advantage over your competition.

The way you treat creative employees has a snowball effect on the organisation as a whole. “Companies forget that employees talk [to each other],” says James Berry, an entrepreneur and management professor at University College London. “The positive and negative effects of [a company’s response to] creativity often spiral, so you want them to spiral in a positive direction.”

By creating a culture that inspires creativity, you can motivate employees from all areas of the company to offer more ideas. That diversity improves your idea pool and increases your chance of success.

1. Give feedback on new ideas. Generating new ideas takes time and effort, so employees need to know that their creativity is valued. “You’re asking your employees to give you feedback and suggestions,” Berry says. “That needs to be a reciprocal road.”

When you solicit creative ideas, establish a point person to give feedback on each of them. You can also crowd-source the process using an online voting and comment system, or have a live brainstorm. The more employees understand why their ideas did or did not work, the more motivated they will feel to offer ideas again.

2. Recognise and reward collaboration. Creativity is typically an iterative process, where one person says the initial idea and others jump in to improve it. The best teams build off each other, so they need to be motivated to work together.

“Prizes [or recognition] for the best idea often encourage competition instead of cooperation,” Berry says. This stifles creativity and upsets those whose contributions go unrecognised. Instead, acknowledge everyone involved. That way, you encourage future teamwork and fuel creativity.

3. Put creative work in context. When senior executives think about innovation, they think five or ten years out, while employees tend to focus on immediate improvements. That discord can lead employees to suggest ideas that get dismissed for being off target — a missed opportunity that saps motivation.

When you solicit creative ideas, tell your team what you hope to accomplish. “Put people in a different mindset,” Berry says. “You might say, ‘here’s how the market seems to be changing, so what can we do now to put us in a good position five years from now?’” That specificity empowers creative employees to succeed.

4. Celebrate well-considered failures. Inspired ideas often fail, even when the idea is well vetted before it’s released. “Being creative is risky,” Berry says. To motivate creativity, reward well thought out ideas, even when they lead to failure.

“Celebrate the effort and audacity to innovate,” Berry says. “That sends a message to employees that you’re rewarding the mindset and the willingness to try to improve.”

Plus, your company needs those failures — they often provide valuable lessons that help you find success.