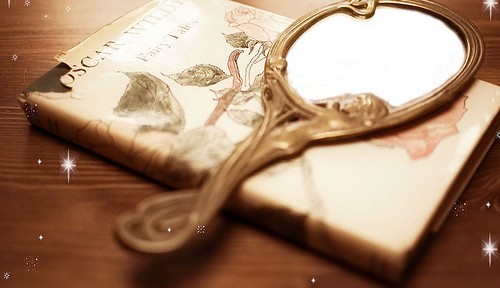 Hans Christian Andersen’s fairytale, The Emperor’s New Clothes, is not just a parable on the consequences of vanity, it has a secondary message which reinforces the sense of isolation felt by many leaders: those around you are reluctant to criticise your behaviour.

Undoubtedly, there will be an aspect of your behaviour that can be improved. We all have behavioural blindspots which are counterproductive. The challenge when you’re a business leader – as the Emperor discovered – is that few people will have the courage to tell you where you’re going wrong. They’ll keep quiet for fear that you’ll ‘shoot the messenger’.

So, how can you change your behaviour if you don’t know where it’s failing you?

As with many human dilemmas, the answer is provided by Shakespeare. Hamlet – when advising a company of actors who are staging a play, in Act 3 – states that the ‘purpose of playing’ is to ‘hold the mirror up to nature’. In other words, the function of drama is to reflect back man’s virtues and vices through a theatrical mirror.

The ideal way to develop you as a business leader would be to show you the impact of your behaviour. If you could see that your actions did not produce the outcome you intended, you may be more inclined to change your behaviour, particularly if you could also see how a better outcome may arise if you behaved differently. We all have choices to make in how we behave. The only way that we will change our behaviour is if we choose to do so.

The question then becomes: is anyone brave enough to hold up a mirror to you?

Well, actually, you can look in that ‘mirror’ every time you watch a film or a TV programme. Whether it’s Russell Crowe in Gladiator or James Gandolfini in The Sopranos, we’re all bombarded with images of leadership dilemmas and we’re regularly shown examples of good and bad leadership practice. Each of these is a potential leadership development opportunity. What would you do in that situation? What impact did the character’s behaviour produce? Is that what he or she intended? What can you learn from this scenario?

In a more focused way, drama-based training, where actors bring behaviours to life in front of a group of delegates, is another way of ‘holding up a mirror’. This technique is used widely in global leadership development programmes to effect behavioural change. For example, to create more inclusive leadership by encouraging leaders to appreciate and respect diversity.

Whichever theatrical mirror you choose, drama encourages you to consider your own response. It doesn’t tell you to behave in a certain way. It shows you the impact of different behavioural options and leaves you to make a final choice of how to behave to create the best outcome.

As Hans Christian Andersen shows us – when a child cries out that the Emperor is naked – sight can become insight and, in turn, it can prompt decisive action.