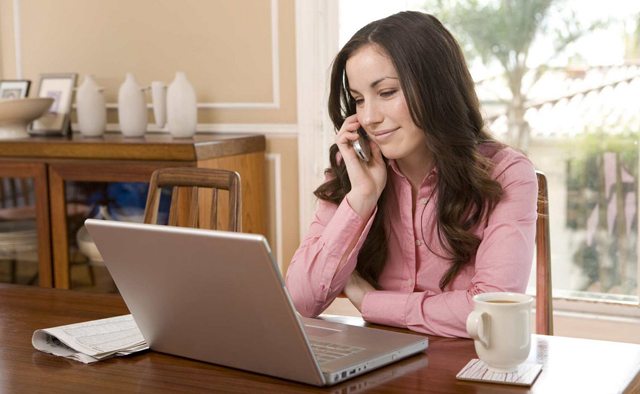 The Health and Safety Executive estimated last year that 2.2 million people in the UK were suffering from an illness that they believed was caused or made worse by their current or past work. Estimates also indicate that self-reported work-related stress, depression or anxiety account for an estimated 12.8 million reported lost working days per year in Britain.

As a result, many people are looking to escape from the pressures of their jobs and the stress of commuting and are finding that working from home provides a viable solution. In research conducted by Skillfair, 84 per cent of home workers said they were happy with the work-life balance that homeworking brings.

Starting up a home business not only offers flexibility and a better working environment, but is also a cheaper option and a safer way of starting out when you’re conscious of your finances in those crucial early days of going it alone. It is also ideal for parents who are trying to juggle family life with making a living.

The latest research from pollster YouGov on behalf of Microsoft suggests a growing number of people start running small businesses from home while holding down a full-time day job.

The study found that 28 per cent of Britons are selling goods or services from home and, of that number, nearly half are doing it to supplement their income or to establish a business while still having the security of regular employment.

While the Department of Trade & Industry (DTI) states that small businesses employ 58.2 per cent of the UK’s workforce, the bedroom business phenomenon continues to grow and the figures could be much higher.

Technology advances make working from home more effective and convenient. Skillfair found that 96 per cent of homeworkers were happy with their ability to communicate, suggesting that internet connectivity levels and other devices, such as WAP, have lessened the need for entrepreneurs to work from an office.

YouGov confirms that three-quarters of the people surveyed said they felt it was easier to run a business from home today, citing e-mail and the internet as key components. An overwhelming 94 per cent agreed that a business with direct access to technology was more likely to succeed.

Those who wish to remain contracted to an employer find that teleworking from home offers a more secure solution. According to Labour Force statistics for the past four years, the numbers of teleworkers has been increasing by about 15 per cent a year to 1.8 million.

Businesses that use the services of home-workers are benefiting from lower costs and high productivity levels opposed to employing staff on site.

Small firms are outpacing their larger counterparts in flexible working practices. Some 72 per cent of small business decision makers said they would allow their staff to work remotely compared with 44 per cent of those in larger firms. The survey by business communications provider Mitel found that smaller firms have a more open attitude toward embracing new internet technology and IP telephony, allowing them to extend their talent pool nationally and internationally with remote staff. This is a big advantage for companies that are looking to increase their profit margins.

Working from home is a growing trend, but the situation doesn’t suit everyone. Some find that they can’t switch off from work and find that the arrangement impacts on home and family life. Others find the isolation difficult to cope with.

The Skillfair survey revealed that working from home was far from easy, with over half of those quizzed saying that they worked longer and harder away from the office. Of those surveyed, 32 per cent complained that distractions in the house had an adverse effect on their work.

A survey by printing supplier Lexmark suggested only 44 per cent of people were satisfied with their home office space and, despite the conveniences that working from home can provide, the majority of respondents found it hard to work effectively.

Despite these downsides, the advantages of working from home still tip the balance. With job-for-life notions becoming a trend of the past, people are changing views of employment in the UK and are embracing home-working to give them more flexibility and a better quality of life.