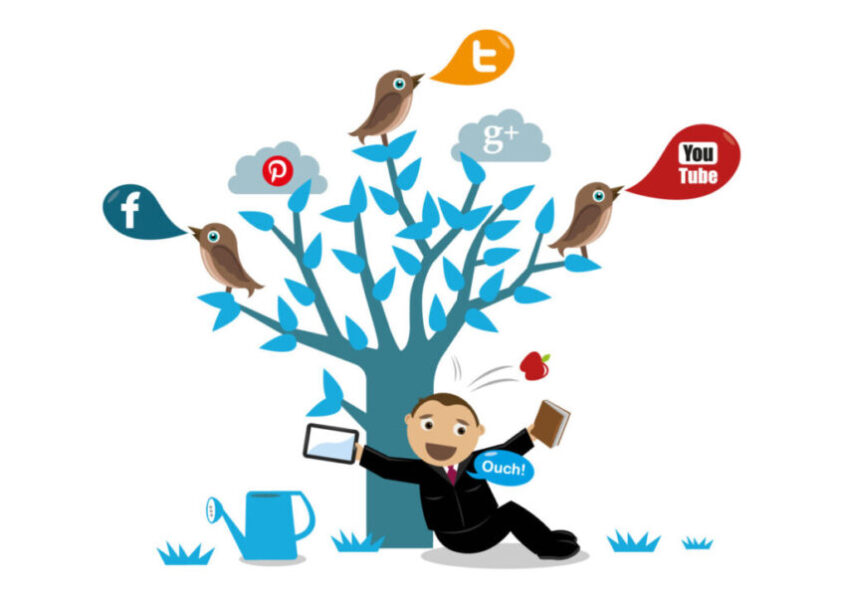 Particularly considering that SMEs can now connect and network with contacts they previously would never have had access to, Big Data is now easily accessible, and communicating with their customers has never been easier. However, this is not without its own difficulties. Consider, for example, the drastically different role of social media for corporate companies compared to that of SMEs.

Usually, the role of social media for corporates is to make themselves seem more accessible to their customers, remain relevant, and enable their customers to be completely up-to-date on any new products or changes to the company. For small businesses, however, social media has the potential to play a completely different role, delivering tangible commercial benefits as a key part of lead generation. SMEs can use social media to build relationships rather than simply maintaining them, to promote the brand and sell their products to clients instead of informing them of any updates/new products, and to become relevant as opposed to merely remaining relevant.

Many small businesses are struggling as they attempt to mirror the social media strategies of major international companies, presuming that social media has the same purpose for both parties. By creating a striking profile page filled with great pictures and fun taglines, these ambitious companies expect new business to automatically come pouring in. However, unless you are, indeed, a major international (usually B2C) company that the world appears to revolve around, you cannot assume that followers, likes and leads will flood your inbox with little to no work after this initial set-up. For small businesses, it’s not necessarily what you have, but what you do with your profile that matters.

It‘s an often crippling misconception for SMEs to believe that, by creating an all-singing, all-dancing profile and then allowing nature to take its course, business will increase. These are the businesses that are then disheartened when, several months later, their inbox remains empty, eventually provoking them to abandon social media with the attitude that it ‘just isn’t for them’. They have made the mistake that many do when it comes to social media; choosing ‘nature’ over ‘nurture’. Hoping that potential clients just so happen to find their profile, they become passive users, failing to nurture their sales funnel through regular activity and engagement.

Consider any other aspect of a business – a website, for example. No company, no matter how big, would spend money on web development, ensuring that the site captures its audience, functions well and lets potential clients know exactly what it does – only to then simply leave it alone. Without the likes of promotion, SEO and PPC, the whole exercise would be a huge waste of time, money and effort with, most likely, very little positive outcome. So, why allow this to happen with a business’ social media page? The profile may, indeed, be dazzling and filled with bright, captivating images but that’s only half the battle. The real work begins with ‘nurturing’ that profile, increasing its popularity and letting potential clients/customers know that it’s there.

Successful communication of a profile page is achieved through relevant, active engagement. For example, if a profile page has been created on LinkedIn; get involved in the Discussions and Answers groups. If a small business wants to get noticed on Twitter; give input on relevant conversation threads and show an interest in what other people or influencers are saying. Most importantly, whichever platform is used, keep social media social.

It isn’t easy and it might not be what you first anticipated – we’re leaving emoticons and LOLs at the door – but nothing that’s worth having is ever easy. Social media’s biggest asset is also a marketer’s biggest challenge; staying relevant. It’s a never-ending process. Unlike a press release, website or mail merge, you will never be ‘finished’ with commenting, posting or engaging. However, that in-turn potentially means never-ending results; there will always be new people to ‘like’ and ‘follow’ you and always potential new clients to network with.

Do not underestimate the power of social media and, most importantly, do not leave it to its own devices. Its role may not be the same for a small business as it is for a corporate; yes, it’s more effort and more time consuming than previous lead generation methods but, ultimately, it’s much more rewarding.