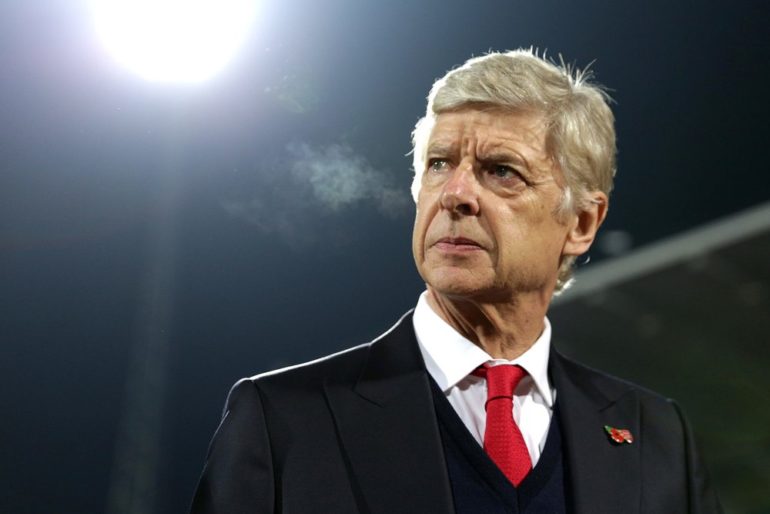 The FA Cup semi final win over Chelsea seems to have inspired a new lease of life for Arsene Wenger, who has been given an additional 2 years and sets about to strengthen his squad this summer.

Whichever camp you fall in, Wenger in or Wenger out, you’ll find it hard to dispute the fact that Mr Wenger is one of the best managers to ever grace these shores. From the highs of a 49 premier league games unbeaten streak to once-loyal fans calling for his head in the stands, Wenger has certainly experienced ups and downs in his tenure. Despite this, Wenger has shown key skills that can inspire business leaders of any organisation from recruitment and team building through to budget management. We’ve found that Wenger’s traits are both a blessing a curse.

Although the opinion of fans is fickle there is no doubt that the overwhelming majority of his players and day-to-day staff are extremely loyal to Arsene Wenger. He has instilled a sense of respect and a following amongst his players. It’s safe to say that without this, things at the emirates would’ve headed South much quicker. We only have to look across London at what was once Jose Mourinho Chelsea, to see what happens when a manager loses the trust and respect of their followers.

In the modern game tactics play a very crucial role. Matches against the big teams are usually fought at a tactical level. Just like in business, the victory goes to the team who are able to change their tactics during the game and if necessary, adjust to changing circumstances. Wenger has excelled at this in the past but recently; he has not been up to the mark and the team has suffered. Some of his surprisingly bad substitutions, assigning players to play not in their favourite positions, etc. have worked against him. Players should be employed in the areas that are most proficient. Despite this, things seem to be changing with Wenger going with 3 at the back in recent fixtures.

Business leaders need to know when to adjust to changing circumstances, which are so common in business. Failure to adapt can be fatal – just look at Kodak!

Inaction in bringing in experience talent

Wenger has been known to be frugal in the transfer market, which has been both a blessing and curse. On one hand, he’s made some shrewd business moves, purchasing ‘good value’ world-class players such as Mesut Ozil and Alexis Sanchez who have brought star quality to the team. Wenger has also been known to secure players for cheap and sell them at a high profit as we saw with Cese Fabregas (£2million signing from Barcelona and sold back to Barcelona for £35million).

On the other hand, the list of ‘low cost flops’ continues to grow. Wenger has also shown a hesitancy in the transfer market, passing up on world class players due to the their seemingly large transfer fee when said players have gone on to be massive successes. Luis Suarez, Gonzalo Higuain, Karim Benzema… the list goes on.

Whilst this ability was once undisputable Wenger has failed to build teams in recent years that are ready to challenge for the very highest of honours. It’s still said – Wenger is the best in the world at recruiting and nurturing young scouted players. Wenger often took a strengths based approach when buying young players and coaching them to flourish in their role. For example, when he purchased Thierry Henry from Juventus in 1999, Henry played on the right wing. Recognising Thierry’s natural strengths traits, Wenger quickly saw Henry move to the main striker role. This change together with Henrys tenacious attitude led to Henry becomes one of the best strikers the world has ever seen. More recently, the same can be said for the likes of Alexis Sanchez.

This appeared to be a philosophy of Wenger and became apparent when he spoke about missing out on Gareth Bale in March 2013: “We didn’t take him as we had Ashley Cole and Gael Clichy and didn’t want another left-back. I must confess it was a huge mistake as he can play in midfield. He struggled at the start at Tottenham, then they moved him to midfield and he has done exceptionally well. The career of a player sometimes depends on playing in the right position.”

Our leaders in organisations should be quick to recognise the strengths and non-strengths of their employees and assign them roles that will help them – and the team as a whole to really flourish.

Love him or hate him, you nobody can deny Wenger’s influence on English football and his accolades and achievements extend way beyond what is mentioned in this article but like Wenger, our leaders are only as good as their immediate results and not the glory of the past. To avoid falling into the same leadership traps that Wenger has, leaders must stay adaptable, relevant, attuned their employee’s skills and keep inspiring loyalty amongst their followers.

This article was written on behalf of Strengthscope ® who specialise in providing strengths tests that are specifically designed to help optimise employees’ energy and strengths within organisations.