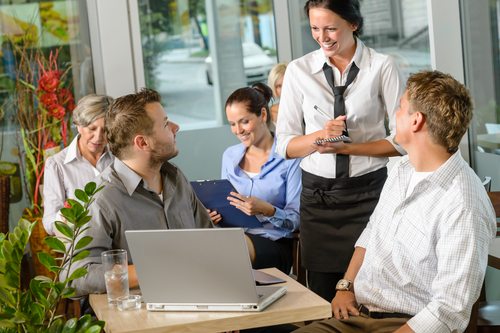 Through the ages, managers have tried tactics that were meant to motivate their employees to try harder–and through the ages those tactics have failed miserably. Often, they make matters worse.

In more than 20 years of writing about business management, I’ve seen many well-meant strategies backfire. Most of the people who work for you won’t ever dare tell you what I’m about to. Here are four ways you’re trying to get employees to work harder that may well be having the exact opposite effect:

Financial incentives are unquestionably a good way to motivate anyone working for you, and especially anyone whose job involves sales or finance. But if extra money is the only motivator it won’t work for long.

People never put their best effort forward if the only reward for doing so is a few extra pounds. There has to be something more–a feeling that they’re doing important work; that your company is a family and the work they do benefits that family; the knowledge that their work will be recognised and acknowledged by someone they respect. You have to provide employees with at least one of these–along with financial incentives–if you want them to do their best for you.

Scaring employees into trying their hardest by either berating them or threatening them can sometimes work… for a while. But there are lots of drawbacks. You won’t have their loyalty when you need it. And a terrified employee is not an innovative employee, and certainly not one willing to take risks or try out new concepts. Worse, those who have the option to move to a different company will likely do so, which means your most talented people, or the ones with the most sought-after skills will be the first ones out the door.

Can you work faster than the person in the next cube? Can you sell more product than the other salesperson? Can you finish your customer service call more quickly? All these challenges might seem like good ways to get employees working harder and they might be, in the short term. In the long run, though, wouldn’t you rather have them working together than against each other? Don’t you want your salespeople sharing leads, your team members covering for each other and helping each other out? Focus on competition–sure–but only with the other companies in your space. Never inside your own team.

Giving praise to the people who work for you is, of course, an essential part of being a manager. But do it when they’ve done something special, or finished a big task, or gotten through a particularly difficult day. Lavishing generalised praise on all employees indiscriminately will just make your good opinion seem cheap.  Give people specific praise when they’ve done something specific to deserve it and resist the temptation to make empty blanket statements like “You’re the best team in the whole country!”

Think back to the times that you won high marks from someone who never handed out meaningless compliments. It meant a lot, didn’t it? Your employees will feel the same way.