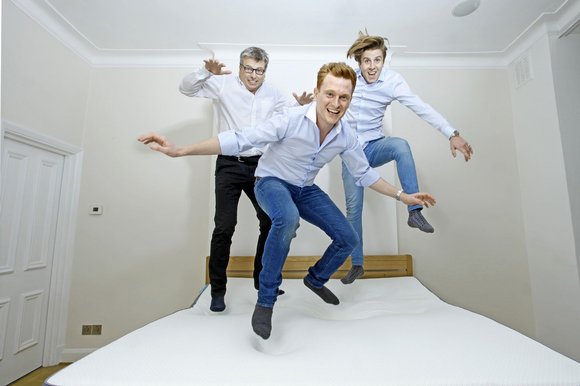 Simba Sleep, which went live last August, sells mattresses made in Britain through its website and John Lewis. Products are delivered the next day in a box one metre high by half a metre wide.

The Mayfair company has raised £1m from Innocent Drinks co-founder Richard Reed and investor Tom Teichman, who has previously backed technology companies, such as Moshi Monsters and Lastminute.com and follows in a fairly long line of mattress startups

“Retailers have recently started to educate people about how often they should change their mattresses,” said founder and chief executive James Cox, 28, who has 11 staff. He started the business with father and son Andrew and Harry McClements.

The mattresses, which took a year to develop, include 2,000 springs over five layers of foam, and are claimed to offer a unique design for comfort. They cost between £399 and £799.

The company plans to start selling pillows in the coming months, and to expand overseas to Asia, the Middle East and continental Europe in the near future.