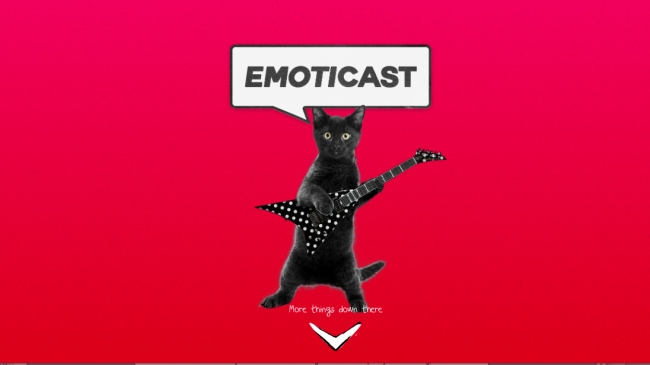 Cofounded in 2014 by business partners James Fabricant (CEO) and Bobby Simms (COO), Emoticast will use today’s announced funding to bring the universe of popular culture into the messaging chat stream with TuneMoji. The upcoming app and music emoji store will bring licensed music to the world of emojis, allowing Facebook Messenger’s 700M users to ‘say it with a song’ via clips from thousands of hit records from the world’s biggest pop stars.

“Over 50 billion messages are sent every day on messaging platforms, with in some cases more than 50% containing emoji. So far these have been sent in perfect silence and absent any music. Emoticast will change this, empowering people to communicate with more emotion, something that music is uniquely equipped to do,” commented James Fabricant, CEO and cofounder of Emoticast. “Our seed funding is the first step on our journey, and will bring our launch platform, TuneMoji, and future developments that bit closer to market.”

“The fast growing messaging content market – estimated to be worth $2.5 billion in 2016 – is a huge opportunity for music. Emoticast’s TuneMoji will offer artists and music companies new revenue streams and audience building with a product that is intrinsically viral, all using a sharing model that crucially does not cannibalise existing streams or plays,” said Bobby Simms, CCO and cofounder of Emoticast. “With our funding and industry partners now on board, we’re excited to bring music to the world of messaging.”

Prior to Emoticast, Fabricant was founder and CEO of enterprise social networking platform Ideaplane (acquired in November 2012), as well as one of the four founders of MySpace International, playing an integral role in its global expansion.

Bobby Simms started his career as a record producer and music director behind BBC Radio 1’s the Dreem Teem, crafting hits for the likes of Jennifer Lopez and Neneh Cherry. He sold his music publishing business to Universal music publishing in 2006, after which he founded creative and communication agency, Popshop. building global music and entertainment campaigns for the likes of Coca Cola, Samsung, Agent Provocateur, and music awards show the Brit Awards, as well as advising music companies such as Napster.