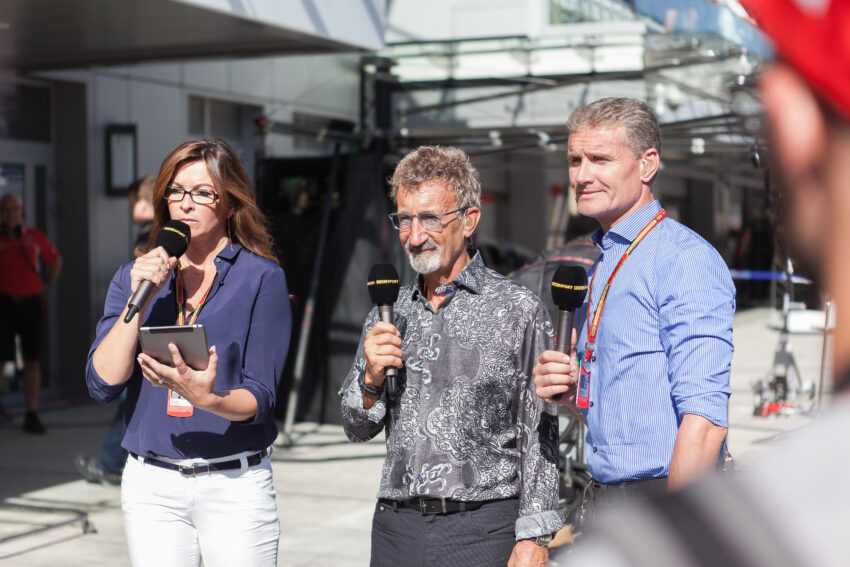 The former Formula One team owner Eddie Jordan is part of a consortium considering making a £3bn offer for Playtech, as the London-listed gambling software supplier becomes the focus of a potential bidding war.

JKO Play, the consortium set up by Jordan and Keith O’Loughlin, who formerly ran the sports betting operation of the Nasdaq-listed Scientific Games, confirmed it was “evaluating making a competing offer for Playtech”. JKO is in talks with the US-based investment firm Centerbridge, among other potential partners, to finance a cash and shares offer for the business.

Playtech confirmed its board of directors had “received a preliminary approach from JKO Play seeking access to certain due diligence information, in order to explore terms on which an offer for all of the issued and to be issued share capital of Playtech might be made”.

Jordan’s role leading JKO Play is just the latest stage in a career that has ranged from motor racing driver and F1 team owner to TV pundit and entrepreneur.

Drivers who owed their break to Jordan include Michael Schumacher and Eddie Irvine, while Damon Hill, Nigel Mansell and Ayrton Senna (his favourite driver) also drove for him.

After selling a struggling Jordan Grand Prix in 1995 he became a pundit for the BBC’s Formula One coverage from 2009 to 2015, subsequently moving to Channel 4.

Through his family office Jordan has invested in a wide range of businesses in recent years, from Celtic football club to gaming firm Entain. Earlier this year he set up JKO Capital to seek investments in gaming and entertainment businesses.

Besides the approach from JKO Play, Playtech is also reportedly in talks with Caliente, a gambling business that predominantly operates in Mexico, about a potential joint venture through a public merger with a special purpose acquisition company (Spac), according to Sky News, which first reported Jordan’s potential move on Playtech.

Aristocrat said it was forging ahead with regulatory approval relating to its own offer for Playtech, had financing facilities in place and had completed an equity raise of A$1.3bn (£700m) with “strong take-up from Aristocrat shareholders”. During its full-year results presentation on Thursday, Trevor Croker, Aristocrat’s chief executive, said it had also received irrevocable commitments and letters of intent supporting the takeover from a Playtech investor who represented 16.5% of the London-listed company’s shareholder base.

The next step in the potential bidding war will be the UK Takeover Panel announcing a deadline for when JKO Play and Gopher must “clarify their intentions” in relation to Playtech.