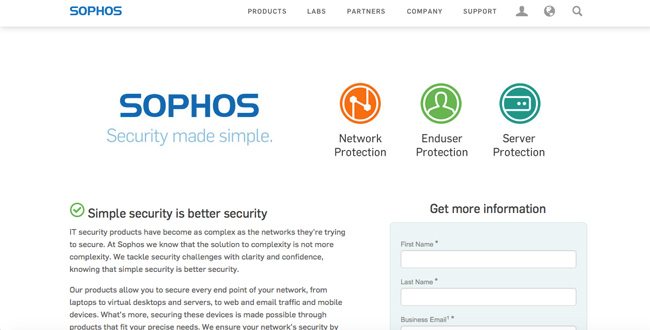 Sophos, the cyber security firm, has become London’s latest unicorn after being valued at over £1bn in its stock market listing, reports The Telegraph.

The company priced its flotation at 225p-a-share, valuing the business at £1.01bn, making it the biggest ever software company to debut on the London Stock Exchange.

Sophos will join a shrinking pool of home-grown FTSE technology firms which include Arm Holdings and Sage Group.

London has been enjoying a rise of so-called “unicorn” technology companies and start ups with valuations of $1bn or more. There are now 17 UK start-ups whose valuations have surpassed the $1bn (£635m) mark, according to data from tech-focused investment bank GP Bullhound.

The internet security firm’s listing is seen as a small victory for the London stock market over New York’s Nasdaq, which has historically lured technology companies and had previously been the destination of choice when Sophos’ founders attempted to list the business in 2009.

The Oxford-based company, which offers IT protection to medium-sized firms, also raised $125m of proceeds in the offer, higher than the $100m orginially targeted. The company has said that it will use the funds to reduce its net debt, which tood at $318m at the end of April.

The two scientists who started the business 30 years ago will have made around £40m from selling around 6 per cent of their stakes in the flotation.

The company’s directors also own 1.7 per cent of London’s biggest listed software company.

Apax bought a 70 per cent stake in Sophos in 2010 for £372m following Mr Hruska and Mr Lammer’s failed attempt to take the company public in New York in 2009.

The founders had previously tried to list the business in London in 2007 as the recession set in.

“Today marks a significant milestone for all of us at Sophos. We are proud to be part of Britain’s growing tech economy as a listed business and a leading global provider in the cyber security sector,” said Kris Hagerman, chief executive of Sophos.

“Working with our 15,000 channel partners worldwide, we look forward to the next stage of our development as a public company – and to continuing to deliver ‘complete IT security made simple’ for enterprises of any size.”

Sophos’ listing comes on the back of a report by PwC showing that the number of online security breaches in the UK is continuing to rise.