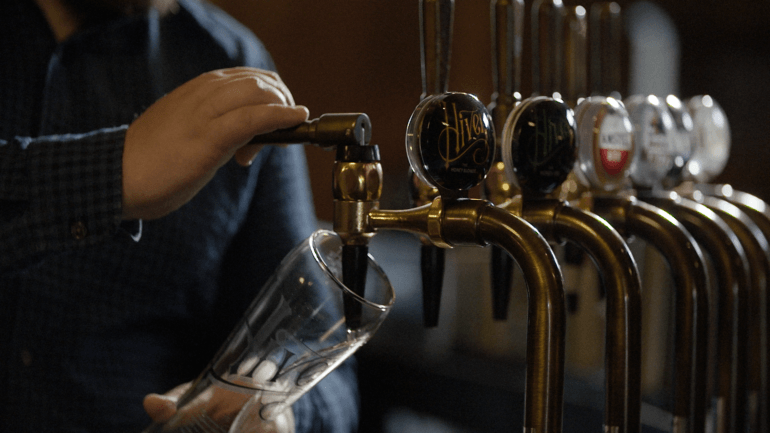 Hiver Beers Ltd, The Honey Beer, one of the UK’s most exciting and critically acclaimed craft beer brands has just launched a crowdfunding round.

Hiver is looking to raise £350,000 on crowdfunding platform Crowdcube. The company is offering 8.0 per cent equity to accelerate the growth of the business through investment in a second retail site; a new annual marketing campaign including funding new community based beehives and planting days; and its sales and marketing team.

Founder, Hannah Rhodes (named ’35 under 35 to watch’ by The Sunday Times and Management Today 2014), and her team have successfully built the business since its 2013 launch with turnover approaching £500,000, growing almost 100% in the last year, with the brand now stocked in over 1,000 outlets across the UK.

In 2016, Hiver launched Hiver, The Experience, a two hour, hands-on beekeeping and beer-tasting session, currently hosted in London, where budding bee and beer lovers can get up close to the bees and find out more about their fascinating lives and the valuable ecological role they play. This is followed by a tutored beer and food matching session, where the full Hiver range can be sampled. This year the company has already taken 2,500 bookings and is nearing capacity. The funds raised will, in part contribute to securing a flagship retail and experience site to meet the growing demand.

Commenting on the crowdfunding campaign, Hannah Rhodes says: “We’ve accomplished so much in such a short time. If you had asked me four years ago, I would never have imagined we would be stocked in over 1,000 sites across the UK, exporting to international buyers and now looking to open a new retail site to meet the insatiable appetite from consumers for the Beer and the Experience!

She adds: “Crucially, as we grow the business in building a truly authentic premium honey beer brand, we are committed to supporting the British Beekeeping community, including funding planting days to support 100 community-based hives planned for Hiver stockists.”

Amongst Hiver’s famous fans is Tom Kerridge, Chef Patron of the critically acclaimed Hand & Flowers in Marlow. He was partly responsible for naming Hannah Ocado’s Britain’s Next Top Supplier back in 2014 and uses the beer in his recipe for beer braised ham and star anise.