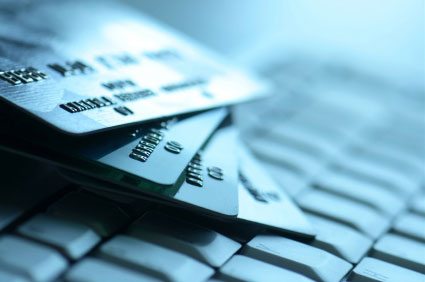 The supply of credit has, in fact, been a major barrier to business growth since 2008 when the world economy went in to meltdown. And just how then economists failed to predict the crash, so no one can second guess just how much longer the credit squeeze will continue to blight the UK economy.

The Forum believes the Autumn Statement was an admission by the Chancellor, George Osborne, that it won’t be any time soon, and certainly not in 2013.

While the Forum rightly points out that the Government has not sat around idly as credit conditions have worsened, and has in fact actively backed various schemes and initiatives to improve liquidity in the markets, there has been remarkably little progress. Those firms who have needed access to affordable credit the most, have largely been the ones least likely to get it.

Supply chain finance was one of the more recent causes championed by Government. The scheme works with big business notifying banks when they have approved an invoice, lenders then offer discounted loans to the supplier safe in the knowledge the borrower has guaranteed finance in the near future.

While the Forum welcomed the scheme, it says this is clear evidence of just how risk averse the banks have become, and explains why so many businesses are still finding it difficult to access funding.

And while it is still too early to say whether this particular scheme is working as intended, there are notable examples of similar credit easing schemes that have not. Project Merlin is now widely seen as having failed in its key objectives. The National Loan Guarantee scheme lasted six months before being replaced by Funding for Lending, the latest figure on this showing mixed results, though to be fair it is still in its infancy.

The Business Bank –the latest policy to be announced –remains very much on the drawing board and won’t be operational for at least another year.

Whatever the success of these schemes, say the Forum, all were drawn up to stimulate lending due to a lack of it in the wider economy from the more traditional sources. The banks are not currently fit for purpose for this type of lending, and relationship banking with business customers is virtually non-existent.

And while there is plenty of anecdotal evidence available to suggest bank lending is in decline, the Forum points to recent research carried out by the BDRC as something more solid. Their SME Finance Monitor, published in late November, looked at lending levels to small business in Q3.

It showed borrowing had fallen to a year low, just 40% of some 30,000 businesses quizzed actually reported using external finance. That was significantly less than the same period the year previous, and was coupled with a decline in the use of ‘traditional’ bank lending.

Just 1 in 10 SMEs reported making an application for a new or renewed loan or overdraft over the year, and there were fewer SMEs planning to access external finance in the next 12 months too.

This, says the Forum, bears out their sentiment that credit markets will be sluggish through 2013, and also the wider and accepted theory that the banks are stymieing growth and hampering economic recovery in the UK.

The Business Bank is still a way off, and so UK business will not be looking to that for any relief. The Government has read the riot act to the banks previously, on more than one occasion, but they refuse to budge.

So if they cannot help with cash, says the Forum, the banks must improve support for businesses that are in the higher risk category in the shape of tailored business advice and support, says the Forum.

But is it now the case that the banks have stared in motion a real shift in cultural attitudes to how businesses go about sourcing their finance?

Probably not yet, says the Forum, but it poses the question: would it be such a bad thing if business started to explore other avenues of credit besides the banks. Recent research from Experian has revealed the large majority of small businesses aren’t aware of all the alternative sources of finance available, although they do exist.

There’s certainly an argument for SMEs to be better informed about how to access cash, and maybe, says the Forum, 2013 will be the year many businesses will be forced to take the plunge and seek their sterling elsewhere.