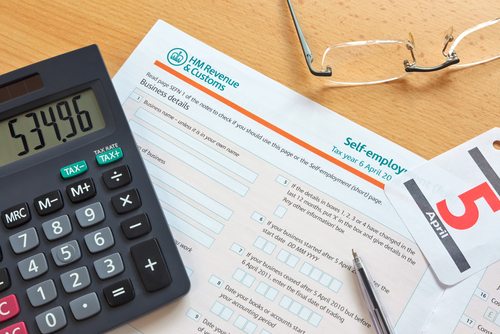 From the misdemeanours of celebrities to multinational corporations, tax liability, avoidance and evasion has been big news over the past 12 months. Furthermore, with public purse strings so tightly stretched, HM Revenue & Customs has come under increasing pressure from the government to raise more tax revenue. The organisation has been set the ambitious target of collecting an additional £7bn a year in tax by 2014/15 – whilst also looking to reduce running costs by £995m annually.

Meeting stringent targets
It’s a tall order, and as a result, HMRC has launched range of rigorous tax enquiry initiatives to achieve their target. In a world where tax regulations change regularly, small and medium sized businesses need to be aware of these initiatives and how they could affect their finances. In fact, the SME sector has been specifically identified as an area of focus. This is because around half of the estimated £35bn tax gap (the difference between the amount of tax HMRC think should be collected and the amount actually gathered in) is attributable to small and medium sized businesses.

So what are the measures that HMRC is employing to meet their target?
1. The tax office has recruited an additional 2,500 compliance officers who are tasked with enquiring into taxpayers’ affairs from VAT through to PAYE and Corporation Tax. All officers are authorised to use all the HMRC powers.

2. HMRC will conduct around 20,000 Business Record Checks (BRC) during 2013, looking at all tax records including NIC expenses, Corporation Tax, VAT and PAYE. This means that some businesses may need to tighten up their practices, keeping all receipts etc. and ensuring that records are detailed and up to date.

Specifically targeting SMEs, BRCs are either carried out remotely and/or by undertaking a visit to make sure that businesses are keeping ‘adequate and accurate’ records. In 2011, HMRC estimated that around 40% of SMEs were keeping inadequate tax records whilst an estimated 12% of the businesses selected for BRCs are predicted to fail their audit in 2013.

3. A total of 42 HMRC taskforces have been launched since 20l1. The taskforces are specialist teams that visit traders to examine their records and carry out other investigations. Teams usually focus on certain high risk trade sectors and specific geographical locations. For example, six task forces which were launched in May 2012 had the brief of looking at:

• Indoor and outdoor markets in London
• Taxi firms in Yorkshire and the East Midlands
• Property rentals in East Anglia, London, Yorkshire and the North East
• Restaurants in the Midlands
4. Tax amnesties have been part of HMRC’s strategy in the past, but the most recent amnesty has targeted, amongst other areas, businesses and the self-employed who are failing to accurately charge VAT (chargeable by any company with turnover in excess of £77,000). Those who come forward will have to pay any tax owed, plus 3pc annual interest from the due date. They may also be charged a minor penalty – which is substantially larger for those who fail to make a voluntary disclosure.

5. HMRC has a huge database which contains information that is used to carry out risk assessments, identifying which taxpayers to target for further investigation. In addition, information supplied by a range of organisations, including banks and the Land Registry, is also used to determine subjects for enquiry.

Cutting costs
Set against the measures to raise revenue are cost cutting initiatives which have raised questions over HMRC’s ability to deal with queries and communicate with businesses and individuals. For example, HMRC will be closing all of its 281 enquiry centres in 2014, replacing the centres with a telephone and online service as well as site/home visits. This move will save the tax office an estimated £13m annually, but has been criticised by many, including the Association of Chartered Certified Accountants (ACCA), as the effect may be a withdrawal of help at a time when people need it most in the face of increasingly stringent measures. Given the fact that HMRC has been criticised in the past by the Public Affairs Committee for its call handling efficiency (of the79 million calls received by the tax authority in 2011-2012, 20 million went unanswered), the closure of the centres is unlikely to increase public confidence.

Larger companies with extensive financial departments may be well versed in the tax office’s plans for increasing revenue, but it is the smaller businesses lacking in financial expertise that are most likely to be caught out. Unfortunately, they are also one of the main targets. Ultimately, the best way to ensure tax compliancy and avoid investigation is to get sound advice on tax planning and procedures – a well-informed accountancy partner is essential if the necessary expertise isn’t available in house. Some companies also consider tax fee protection insurance, which protects against defence fees incurred in the event of an HMRC enquiry, although this offers no protection where tax has been knowingly under-declared. What is clear is that SMEs need to get their tax affairs in order – or sooner or later, they may become the subject of an unwelcome tax enquiry.