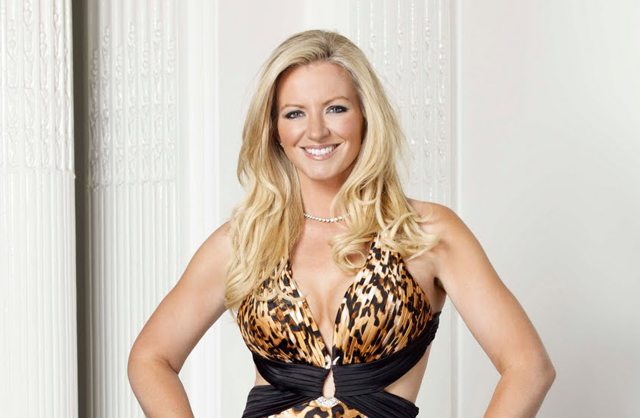 Michelle Mone radiates confidence and force of will. When I meet her, one of the first things I notice is that she&rsquo;s exceptionally attractive &ndash; she started her working life as a model.

But, as with so many successful business people, what really grabs you is her magnetic strength of personality. Even if you saw Michelle Mone from a hundred yards away, standing in a crowd, you would say that this was a woman who wanted to win, and win in a very big way.

And that’s exactly what Michelle has done, though it hasn’t always been easy and she’s had to come up the hard way. When I mention that I’d been talking to Jacqueline Gold a few weeks previously she’s quick to point out that, unlike the Ann Summers Chief Executive, she wasn’t given a headstart in business with her father’s money. She made it all herself.

The outline of the Mone story is pretty straightforward. Born and raised in Glasgow, she left school at 15 and worked as a model for several years before joining the marketing team at Labatts the brewer. When Labatts became part of the Whitbread group, Michelle chose to take redundancy and start up on her own in the lingerie business.

Her company, MLM International, was launched in 1996. Michelle first had the idea of specializing in underwear for the more – how shall we put it? – fortunately proportioned lady when she attended a corporate function with her husband Michael, and spent the whole evening suffering in an uncomfortable, badly-fitting bra. From this, her famous Ultimo Lingerie range was born.

Small is beautiful?
I talk to Michelle in the busy environment of the Business Yorkshire exhibition at Doncaster Racecourse. We’re surrounded by dozens of small to medium business exhibitors, some of the them new to business and some of them much less new. What they all have in common is that right now they are having to do some serious thinking about how to position themselves and what medium-term strategies to adopt in the face of the coming recession.

I ask Michelle, as the owner of a successful and stable medium-sized company, what    general advice she would offer. She launches straight into an arresting analogy to make her point about SME flexibility.

‘You’ve got to take advantage of your small size. Lots of small and medium businesses talk and act like victims, as if they are always going to lose out to the big boys. That’s just not true. What you’ve got to remember is that really big companies are like huge great big tanker ships – they can’t change course easily. They’re dealing with such massive resources and such a big, complex operation that they have to have lots of management meetings and just generally talk for months before they can get anything done.

‘Small and medium business are different. We can be like speedboats. We don’t have the power and capacity of the huge tankers, but we are much quicker and more nimble when it comes to changing course.

A lot of big companies have a difficuly time just getting everyone’s diaries sorted out to organise a board meeting – it can take a hell of a time, months and months. At MLM International, even though we’ve grown to become an established medium-sized business, we can sort a full board meeting fast – within a couple of hours  -and decide on the action we need to take.’

Michelle isn’t talking about how  MLM might work in theory – this is how she really does business. ‘We scheduled a lightning board meeting just a couple of months ago to deal with an emerging opportunity. That would have taken some of our larger competitors a very long time. It’s about being flexible and lively.’

I ask Michelle if this attitude crosses over into the way she deals with MLM competitors.
‘Absolutely. Being successful in the kind of marketplace we’re working in is all about staying on top of the competition. That means keeping an eye on them all the time and being responsive to what they do.’

But doesn’t that just mean you spend all your time changing direction, trying to keep up with the Joneses? That’s not the way Michelle sees it: ‘if you have to make a change in the way you do business, make that change. Don’t feel you’re a failure if you find you have to do something differently.

The best entrepreneurs change their minds without being worried about it. That said, the hardest part of changing course can be telling your team. You’ve been pushing these guys really hard in one direction, and now you’ve got to tell them that you’re going for a different approach. If you’re not careful, if you don’t handle it properly, you can look indecisive and morale can suffer.

That’s just something you’ve got to face. I’m not scared of being honest with my team. Not being that way might save a bit of face in the short term, but in the long run you’ll lose time and money. If change is needed, make it.’

I make the point that MLM sounds like a pretty dynamic and lively environment in which to work. ‘We’re a very unique company,’ says Michelle, ‘and it can be a challenging environment for newcomers. I don’t like us to get too comfortable. We’ve always got to be on the move, staying ahead.

‘But,’ she continues, ‘there’s no way I could have achieved any of this without the people I’ve got. That’s another key piece of advice – appoint the right people to roles in your business and work with them to build on success. When you walk into our offices you can feel the energy in the place. Having that energy and commitment means that it’s relatively easy for me to do business the way I like to do it. Because I think it’s so important to react quickly to events in the market, I’ve developed a team that can start working on a new strategy or a new media campaign more or less instantly.

If we pick up some good news or an award or something that’s going to boost our profile, my team is fast enough and good enough to get a press release out in less than a couple of hours. Again, a lot of bigger businesses would take at least ten times as long as that and every word that was issued to the press would have to be checked and double-checked by committees, with all kinds of people getting involved.’ On that point, Michelle returns to one of her favourite themes: ‘working in the environment of a small or medium company gives you tremendous advantage in terms of your ability to outmanouevre your bigger competitors.’

But although Michelle has made MLM International a key player in the lingerie industry, it hasn’t always been an easy ride. When the company was relatively new she once came within minutes of being pushed out of business as a result of having her company overdraft cancelled: her characteristic fast reactions and some direct dealing with the bank saved the day, but only just.

The rough with the smooth
Given than lots of other businesses are facing similar problems right now – or, at least, soon will be – what advice would Michelle give for weathering the storm ahead? Like many   another successful entrepreneur that I’ve met, the answer boils down to a single word: cash.

‘When things start to get a bit tricky, that’s when you need to do the basics well. Save your cash and keep a close eye on your customers – think about how their cash flow is working. There’s no point investing in product and shipping to customers who may not, ultimately, have the cash to pay you. That’s not to say you should panic, but make sure you’re talking to your customers. What steps can you take to make life easier for both of you?

‘Of course, when times get really hard you may well lose some business as customers go under. If you’re dealing with products and you’re running a cash-critical operation, think about insurance. Say to yourself, “if such and such a customer went under, what would happen to me?” Through all that, though, you have to remain positive. Yes, you’ve got to be tough and you’ve got to be careful, but unless you maintain a positive outlook you’ll have problems in any business climate.’

Thinking about this some more, Michelle employs a characteristically direct turn of phrase: ‘negativity will just turn round and bite you in the ass!’

As we all sail into troubled waters, what does the immediate future hold for MLM International? Michelle is focused on staying busy and active in the marketplace. ‘We need to be in the press every single day in the run up to Christmas, and that’s not easy. Between now and then we’ll be working hard, racking our brains for different angles each day – I really believe in making the most of PR, but to get the absolute best out of it you need to be  imaginative and keep coming up with new ideas. That’s very hard work.

‘But we keep managing it. My philosophy is simple: you’ve got to stay on top. I’ve built Ultimo into one of the biggest names in lingerie in the UK – and I’m not about to hand that cup to someone else.’