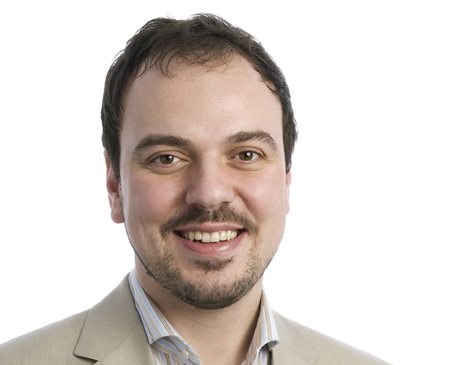 The lightbulb moment for his business came from Rupert’s own experiences of flat hunting in London when he first moved to the capital in 1999 to be in a rock band, and had a tough time finding somewhere to live. SpareRoom now has almost three million registered users and has recently launched in New York.

My father. He’s a fantastic salesman, a clever, unconventional marketer, and has, of course, been a massive influence on me. His farm shop in Cheshire was so successful in the 70s that people would queue in their cars up the road. He once turned away a regular order from Buckingham Palace (and the royal warrant that came with it) because it just seemed too much hassle when he was so busy.

I remember in my early 20s him giving me a pep talk over the phone, while I was in my first flat in London. He ended with the warning that if you’re not rich by 25, you’ll never be rich. I’d never thought about whether I wanted to be rich or not, but standing there in that crummy flat on the noisy approach to the Blackwall Tunnel, with not enough money to pay the rent, I decided I didn’t want to be poor. He was wrong, but I’m glad he said it.

Titanic. It’s a film people love to hate and I don’t understand why. I’m a sucker for a love story, but mostly I’m fascinated by the Titanic story. It’s a modern day real life parable on so many levels. One hundred years later we still see this ‘too big to fail’ attitude which, since 2007, we’ve been reminded is never the case.

From the age of 14 to 16 I loved the music of Nick Drake and it had a lasting influence on me, especially as a musician. So much so, years later I wrote my dissertation on him for my music degree and one of my first websites was nickdrake.com (which desperately needs updating!). Weirdly, even though it’s a long time since I really listened to them, I still think of the music I was into then (such as the Velvet Underground, Violent Femmes, Frank Zappa, The Stooges, Bowie, and Camper Van Beethoven) as my ‘favourite bands’ . I think because nothing since has come close to blowing me away the way they did then, at that age.

I’ve always worked long hours, often 7 days a week. I think it’s unavoidable if you want to succeed in anything – and if you’re passionate about what you do, why would you mind? My working day begins at 6am or sometimes earlier. Historically my wife Angie would put her foot down at 7.30pm – I had to spend some time with her, which meant watching EastEnders for starters. Since then it’s become the watershed moment where my working day ends and I unwind. For what it is it’s quality television, though for me it’s almost more ritual than entertainment. I still couldn’t tell you half the characters’ names!

The play I was most affected by was a production of Equus I saw when I was at school. If I’m honest though I struggle a bit with the theatre. I think it was Stephen Fry who said he’d rather watch a bad film than a mediocre play and I agree. It doesn’t help that I’m 6′ 3″ so the small seats and lack of legroom often make it an uncomfortable experience. I’m far more likely to go to watch stand up comedy than a play.

Chamonix in the French Alps. I absolutely love it there. I usually go snowboarding in the winter but recently discovered how nice it is in the summer for walking. The dramatic scenery, mountain air and physical exercise are the perfect antidote to hours in a stuffy office. Unlike many of the ski destinations that are purpose built ‘resorts’, Chamomix is a proper old town with so much on offer. There’s even an Indian restaurant!

There are few things as pleasurable as an all-consuming book, yet I could count the fiction I’ve read on my fingers. The trouble is partly that I don’t have the time but also that running a business leaves you very little headspace for other things and fiction is one of the casualties of this. The last novel I read – The Magus by John Fowles – was wonderful.

I read a lot of business books, my favourite being The 22 Immutable Laws of Branding by Al Ries, which, although it’s 20 years old, is just as relevant today as it was when it was first published. It’s guided many of the decisions I’ve made about SpareRoom over the years.

A person you admire

Ricky Gervais. He was my second choice of entrepreneur – which might sound odd, but in my view that’s what he is. I’m a huge fan of the podcasts, which began life free and became the world’s most downloaded podcasts. He then made the clever but risky move of changing to a paid audiobook format, which, as far as I know, were self published. The critical and financial success of the podcasts alone would be an impressive career, but when you consider The Office and everything else he’s done, it’s extraordinary. Whenever I think about it it gives me a kick up the arse.

Avoid outside investment unless it’s absolutely necessary, and for web based businesses this is rare. Instead bootstrap your way to success, and retain complete ownership of what you’ve created. In the early days of the web there was much talk of it democratising business, yet this sentiment seems to have been lost and so many put this imaginary financial barrier in their way. You don’t need a big team of people or fancy office space and you don’t need a big marketing budget. Learn how to do everything yourself in the early stages and be clever about your marketing. There’s so much you can do for free, and the experience should prepare you for spending more wisely when you do start paying for your marketing. In fact, I’d go as far as to say that investment when you don’t really need it could impede you because it can make you lazy and wasteful. I’ve never had investment.