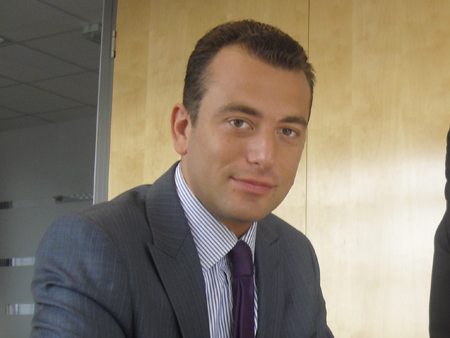 So many to choose from but I would probably pick Sir Martin Sorrell, founder and CEO of WPP Group, above all. He pulled off an exceptional transformation, taking a controlling stake of the British wire shopping basket manufacturer Wire and Plastic Products for under £700,000 in 1985, and turning it into one of the world’s leading communications services and advertising companies, with a market value of almost £14billion today.

I would recommend The Pyramid Principle by Barbara Minto. Written by a former McKinsey consultant, this book teaches people how to get their point across in a clear and structured way. It’s particularly good for anyone who struggles to articulate their thoughts, in writing or verbally. It helped me when I needed to draft sales pitches to time-poor CEOs, who needed to understand what I was proposing with just a fleeting glance at their BlackBerry.

At the moment, I keep going back to Fleetwood Mac’s album Rumours. There is an interesting dynamic on this album between the bandmates, who were all going through emotionally turbulent times and were barely on speaking terms.

There Will Be Blood, for Daniel Day Lewis’ remarkable performance as a man consumed by greed.

The Sopranos, by a country mile. The writing and acting is so good that each episode is like watching a standalone film.

I just came back from my honeymoon in California and it was terrific. Fabulous weather, an economy the size of Germany, and stunning views.

A person you admire

Julius Caesar, as one of the most successful human beings of all time. He changed the entire course of history by ending the Roman Republic, created one of the greatest armies known to man, and still found time to improve grammar in the Latin language. Caesar also used leadership techniques which managers can still learn from today.

Sell. The most important thing for any business in the long term is to achieve revenues by selling. But you also need to sell yourself, constantly. I think plenty of entrepreneurs forget they need to market themselves just as well as they market their own businesses, because people have to trust the products or services you are offering.