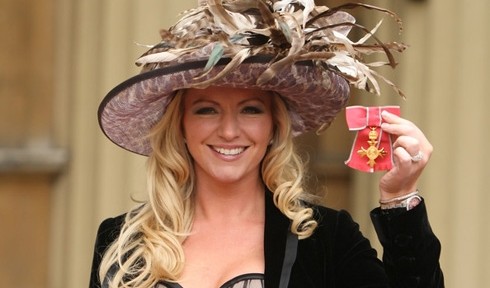 Less women are looking to follow the lead that Michelle Mone, the founder of Ultimo brand have made with only 14per cent of small and medium-sized firms are now ‘women-led’, the same as in 2007, an authoritative government survey of 4,500 businesses has found.
While 21 per cent of start-ups last year involved female founders, the proportion fell to 13pc for small firms employing more than 10 people and only 8pc of all medium-sized companies.
The findings come as the Business Department considers the future funding of many of its female business support initiatives, including the £12.5m Aspire Fund, a venture fund for women-led businesses.
The fund was set up in 2008 to invest between £100,000 and £1m in businesses with women in senior management roles and has so far backed six companies.
Rebecca Harding, founder of Delta Economics, said the Government was right to review the effectiveness of its support for female entrepreneurship but warned against a wholesale withdrawal of funding.
“During the noughties we were not seeing any substantial increase in female entrepreneurship and participation and there were a lot of government initiatives to encourage more women to set up and run their businesses,” she said.
The trend for women to withdraw from businesses they set up and funded was marked, Ms Harding added. “There’s this kind of taper effect. Women are progressively less likely to be involved in the businesses they have set up and funded. The key question is ‘why do so many drop out?’ There’s really very little out there to help women stay the course. I know from experience that it’s a very tricky thing to do.”
The Business Department said 25pc of all small businesses are equally led by men and women, taking the total to 39pc of all SMEs equally or majority-led by women. One in five businesses in the North West is run by women, falling to one in 10 in London.
A significant proportion of women set up service-based ventures — a third of the total — compared with only 6pc in production and 4pc in the construction area.
Harding concluded: “Before the recession women owned businesses had exactly the same turnover as men’s, they had invested as much as their male counterparts and they created more jobs,” she said. “But the sectors they are in have been really heavily hit – retail, consumer services. They have been a disproportionately effected.”