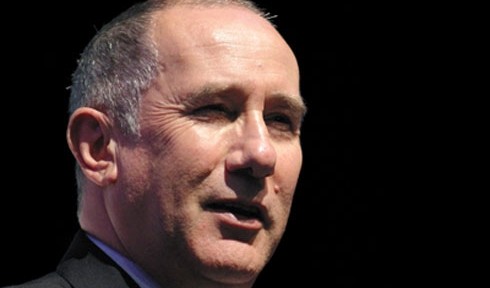 Geoff Burch is the author of several business books, gives speeches at corporate and sales conferences, and has appeared on the BBC TV series All Over The Shop.
Chairman of the judges, Brian Jenner, said: “Geoff Burch is an unusual thing, a British motivational speaker. Only he tailors his message to a British audience by claiming to be a ‘miserable bastard’.”
“What we particularly liked about his style is his accessibility: his ability to put ideas worthy of a place in the Harvard Business Review in a format understandable to a telesales recruit on their first day”.
“Geoff Burch can craft striking phrases. His messages are simple and he clearly thinks very hard about how to communicate things. And he delivers his speeches with the panache of a stand-up comedian.”
“Mr Burch eschews Power Point presentations and business jargon, which delights the judges. They wish to hold him up as an example of how to inspire audiences in times of crisis.”
The UK Speechwriters’ Guild was set up in 2009 to promote the interests and profile of speechwriters and raise standards of public speaking in the UK.
Last year’s winner Sir Martin Broughton, Chairman of British Airways, went on to prove how his speechmaking skills gave him the power to influence Government policy and make headlines across the world. Sir Martin accepted his prize at the conference of the UK Speechwriters’ Guild in Bournemouth in September 2010.
For more information about the UK Speechwriters’ Guild go to www.ukspeechwritersguild.co.uk