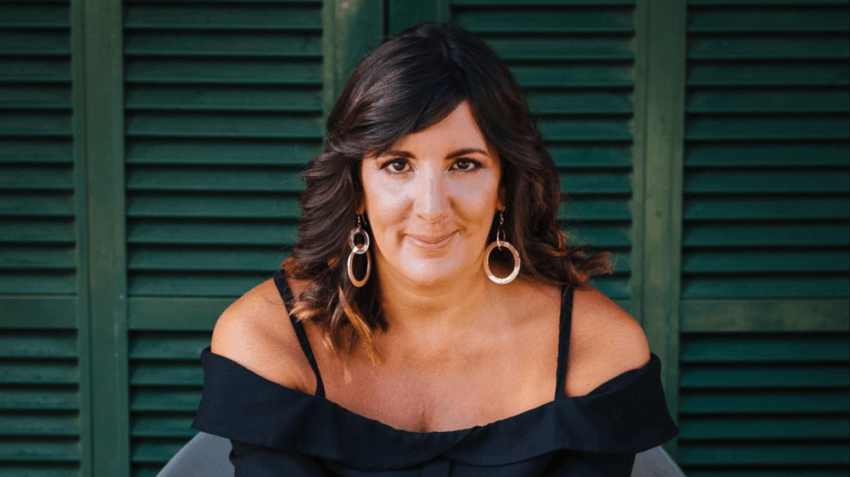 We spoke to Lisa Johnson, who was intrigued by the idea of passive income and after taking half the year off to go travelling with her family whilst earning half a million a year, she focused on helping others achieve the same.

I launched Lisa Johnson Coaching in 2016 where I work as a business coach for ambitious entrepreneurs and specialise in helping my clients understand and implement passive income, helping them reduce their working hours and give them more free time to enjoy life.

I am known as The Passive Income Queen, having taken half the year off to go travelling with my family all whilst earning half a million a year and I want to share what I have learnt with fellow female entrepreneurs.

After years of working crazy hours, feeling exhausted and with little free-time I have learnt how to make passive income. Just one year after setting my goals on earning passive income, I no longer take on lots of 1-1 clients – when I do it’s because I love the project and the client rather than because I need the money.

I also help my clients overcome their money mindset issues, showing them that they have the potential to earn more than they are doing and help them implement tried and tested strategies to scale their businesses. I don’t come from the kind of background where people have multi 6 figure businesses within a year and so I want others to realise they can have the the same, wherever the come from. I am proud to have helped clients go from earning nothing to £25K a month.

I grew up on a council estate where I experienced long-term bullying at school, in relationships and in my first job which massively knocked my confidence. I knew there must be more to life but was unsure what I wanted to do. I decided to study for a Law degree whilst working full time. Once I graduated, I still didn’t feel like she was on the right path so tried several other corporate career positions and ended up working crazy 80-hour weeks.

Everyone was telling me that I was so lucky to be earning so much money and to have ‘fallen on my feet’ but I didn’t feel lucky. In 2011, I had twin boys and had to go back to work again when they were 5 months old for financial reasons. I was in a job where I worked long hours, felt unfulfilled and just didn’t get enough time to see her kids.

I realised the only way to have the life I really wanted was to start my own business, and so my wedding planning business was born. It became clear to me that I knew very little about being an entrepreneur and continually made a ton of (sometimes costly) marketing mistakes. I decided to hire a business coach and found one who I really wanted to work with but had spent so much money already on my business that I was broke. I stuck it on a credit card and vowed to give it my best shot.

With the help of my coach, I learned so much about business, working hard on my mindset and putting into place a plan of action that saw my business go from no clients to fully booked in just 5 months whilst upping my prices 3 times in that timeframe.

Industry colleagues wanted to know how I had achieved this level of success and so I started to spend time with them, helping them to analyse their businesses, who their ideal clients were and how they could go about attracting them. They then started seeing huge successes and increasing their profits as a result of the guidance I had given them.

This was the start of my coaching business and within the first six months I was hitting six figures and every programme I launched was selling out within hours.

However, I soon realised that I was going to hit an income ceiling if I continued working in the same way. I was also exhausted and wanted to spend more time travelling and with my family. I knew there must be another way and felt I needed to work smarter and was intrigued by what I had read about passive income. So, I studied all I could find about passive income and spent over £80k in one year on coaching and courses.

But the gamble paid off, my business continued to grow, and I was able to spend less time working and more time with my family, taking half the year off to go travelling with my family all whilst earning a multi 6 figure sum.

I started coaching because I knew I could help others turn their life around too.

I admire so many people that have decided that their backgound and adversity in their lives will not stop them from having a life they love. People like Kimra Luna are a huge inspiration to me.

I also have great admiration for those who have gained their success while still operating in a very honest and authentic way. There is so much that is fake in the online world so when I come across people who operate with transparency and integrity, I’m hugely impressed. My own mentor Selena Soo is exactly like this.

I would have learnt all I could about business before starting my first business. I think it’s hard because we all jump straight in and we don’t know what we don’t know but I would have saved myself an awful lot of time and money had I got a coach at the start of my journey!

Saying that, it’s only because of the mistakes I’ve made that have helped me have such empathy for my own clients and know what they’re feeling and how I can help them.

I have a none “woowoo” approach to business, unlike a lot of the other business coaches out there.  I am a big believer of practical, process led business growth and am passionate about dispelling the myths around the Law of Attraction and manifesting which I think a lot of people waste a lot of money on. Having a strategy that has worked for others will get you there, rather than asking the universe for it to happen in my opinion.

Passive Income defines my way of business – more than half of my multi six figure income comes from passive income streams and I have so much more freedom to spend time with my family. I work to help other business owners to learn the ways of passive income and change their ways of working.