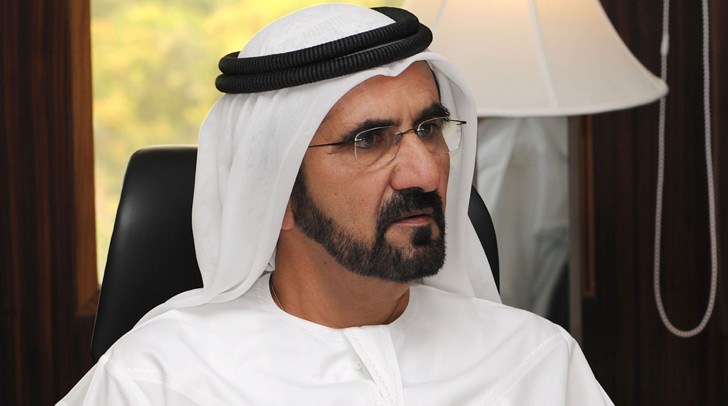 Within the space of just 50 years, the city and emirate of Dubai, and the United Arab Emirates (UAE) as a whole – a key British ally in the Middle East – have become global economic powerhouses.

In his candid new autobiography, My Story, Sheikh Mohammed bin Rashid Al Maktoum, the Prime Minister and Vice President of the UAE, and the Ruler of the Emirate of Dubai, reveals the secret to their multi-billion-dollar success.

By Timothy Arden for Business Matters 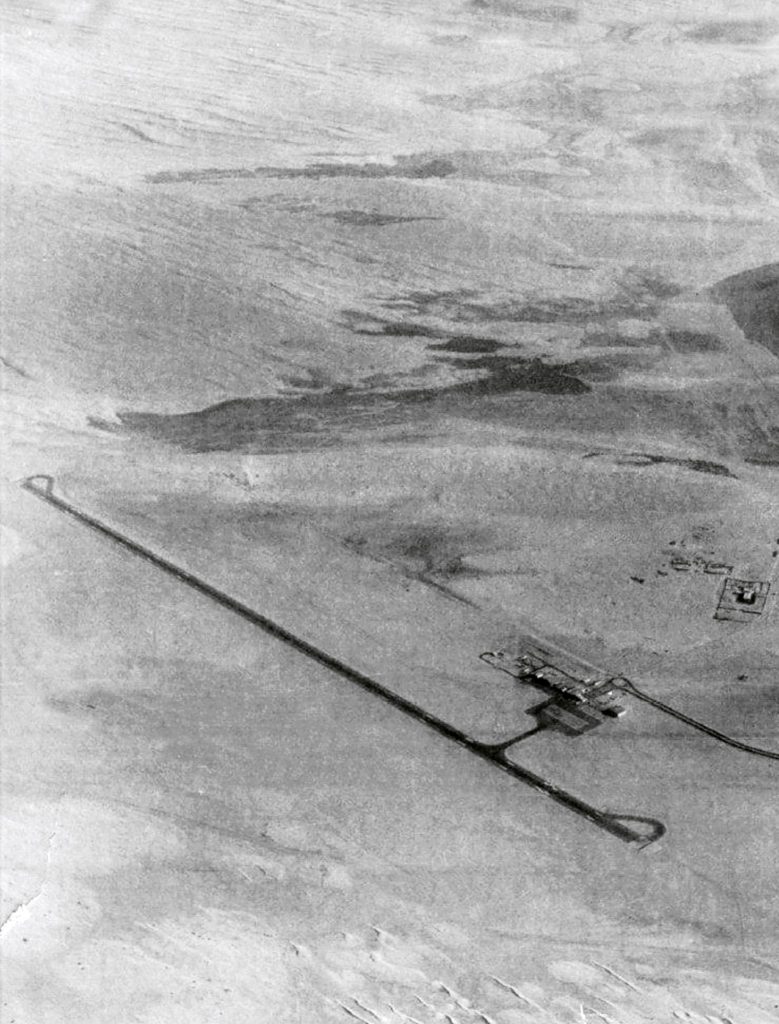 Sheikh Mohammed bin Rashid Al Maktoum, the Prime Minister and Vice President of the United Arab Emirates (UAE), was a child when he disembarked at Heathrow for the first time.

The UK’s largest airport – and the busiest in the world at the time – made a lasting impression that would, in many ways, shape the future of Dubai and transform the UAE into an economic powerhouse. Heathrow was, he explains in his newly-published memoirs, “…both amazing and frightening, a symbol of the powerful economy that drove it. It was enough to make you respect the country behind it.”

Even as a boy, Sheikh Mohammed recognised that Dubai’s long-term success lay in making it a global destination. This could only be achieved, he realised, with an airport like Heathrow. “An airport is the first face of a country that any visitor encounters,” he explains, “It reflects the power, economy and status of a country. It also reflects the wish of millions of people to visit the city.” 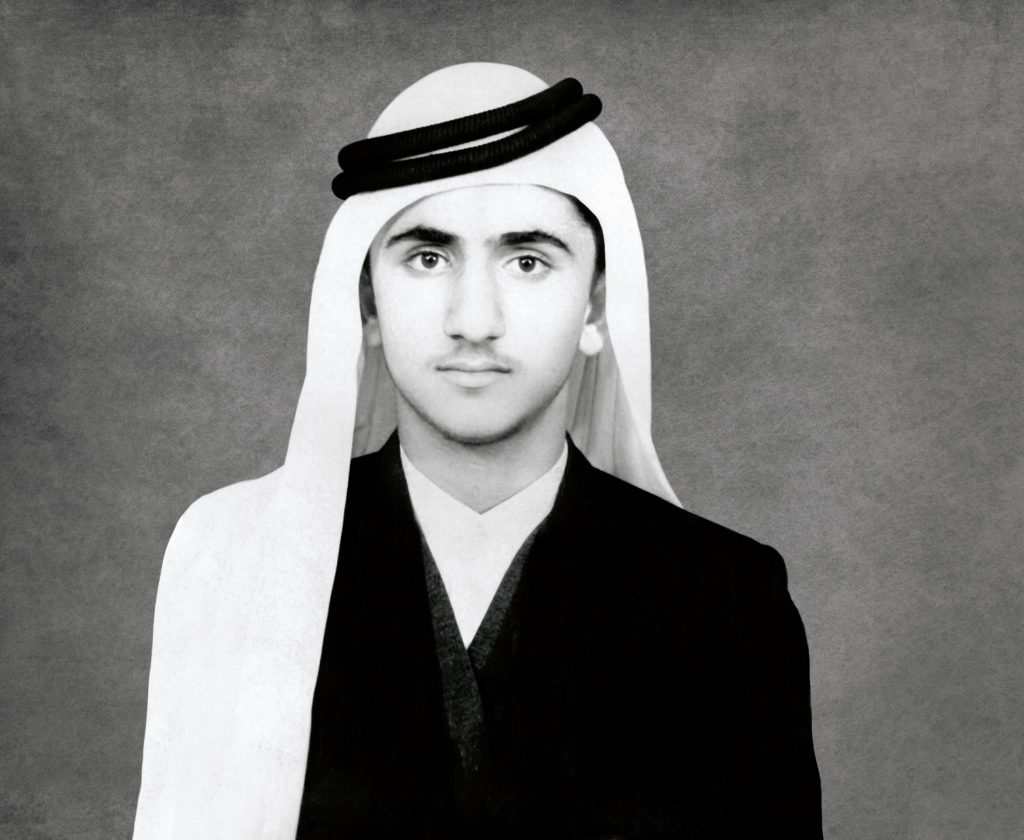 Today, Dubai International Airport, all but a rural airstrip a few decades ago, transports nearly 90 million passengers annually – 10million more than Heathrow. Sheikh Mohammed oversaw its transformation personally. Aiming high, we discover throughout My Story: 50 Memories from Fifty Years of Service,is in his DNA. 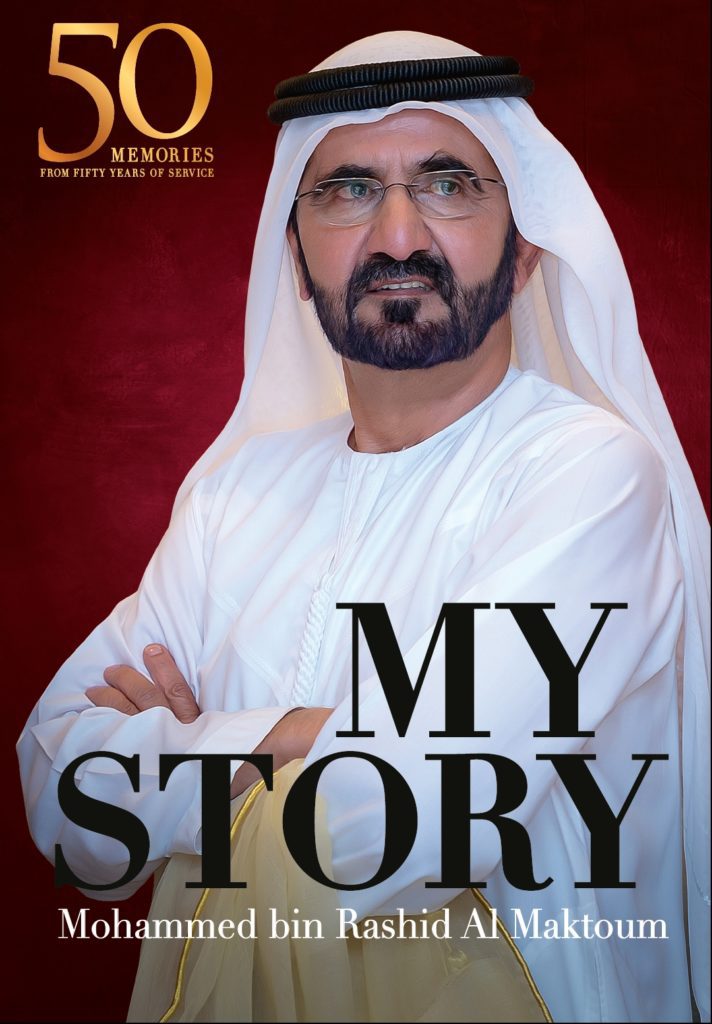 His memoirs, out this week, are unusually – and delightfully – candid. Split into 50 chapters – one for each year of service dating back to his first official appointment as Dubai’s Minister of Defence in 1968 – the book sheds fresh light on the author’s life, guiding principles and achievements.

It is also a compelling chronicle of Dubai’s rapid, unprecedented rise to success – the result, we learn, of Sheikh Mohammed’s unwavering determination to pursue a vision of what could be, even if that goal may seem impossible. “The impossible is a choice,” writes Sheikh Mohammed, “and the world opens doors to those who know what they really want!”.

There’s no arguing with this philosophy. It was this conviction that drove him to transform Dubai from a small and bustling trading port into an international economic hub that now welcomes 16million visitors annually from around the world. And it was this same visionary leadership displayed by the UAE’s founders, including his father Sheikh Rashid and its first president, the “Father of the Nation”, Sheikh Zayed bin Sultan Al Nahyan, that accounts for this young nation’s remarkable transformation.

Not that the path to economic and political independence has been easy. When Britain first announced in 1968 that it would be renouncing the protectorate that had been in place since the 19thcentury, it left the seven Emirates which now constitute the UAE just three years to establish a new political union. 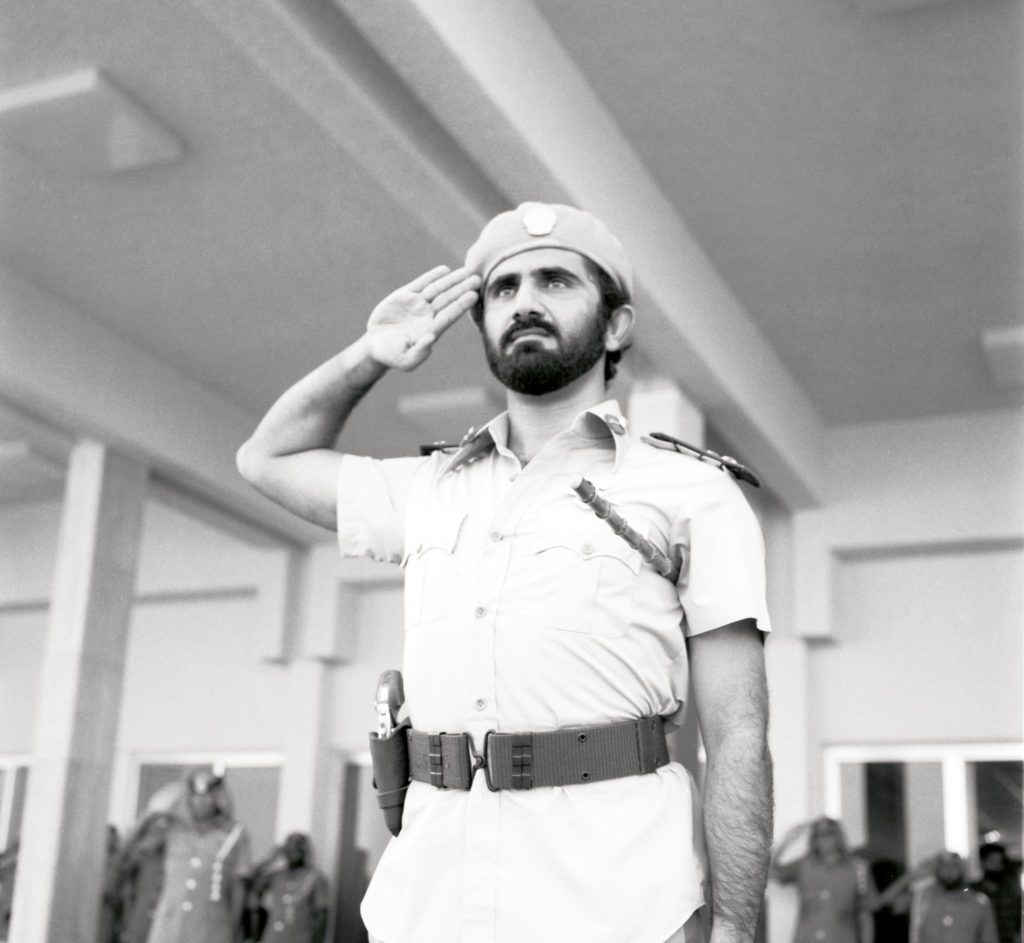 One of Sheikh Mohammed’s first official tasks was to build a defence capability for the fledgling UAE. The ability to deter foreign threats like neighbouring Iran and to ensure internal stability was deemed the top priority for the new government’s initial five-year term. The Sheikh was the youngest Minister in the world at the time, aged just 22, but he displayed a tireless work ethic to establish a world-class Armed Forces.

Yet while his competitive nature fuelled his aspirations for the country’s defence force, he recognised the need to balance military spending with economic progress. “No country can consider its military strength more important than the welfare and comfort of its people, too,” he writes.

It has remained his focus ever since, despite intense opposition in the early years. His vision for Dubai was, for example, mocked at a meeting of the Gulf Cooperation Council in the early 1980s. They ridiculed the notion that anyone could be interested in visiting Dubai, but as he records, “I knew that we were sitting on tourist gold: sun, sea and white sands. Build it and they will come”. 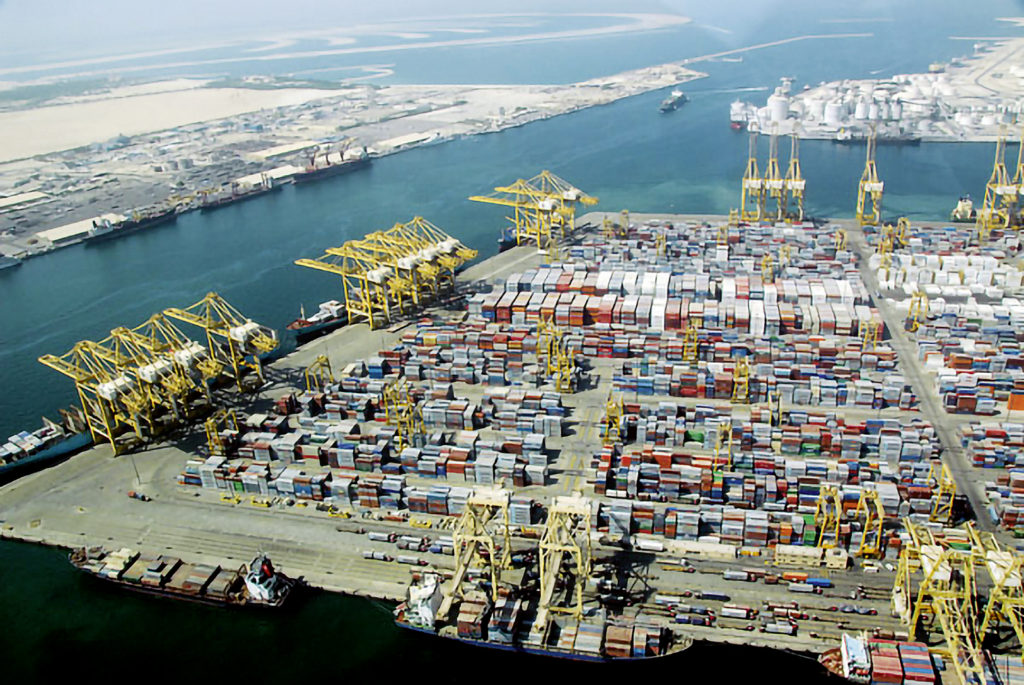 Despite the naysayers, he embarked on creating state-of-the-art visitor and entertainment facilities, huge malls and vast infrastructure projects for Dubai. These include Jebel Ali Port and the Dubai World Trade Centre; the latter draws more than three million business people annually to over 500 events.

He also created Emirates Airline to facilitate transit to and from Dubai and implemented a first-of-its-kind free zone in Jebel Ali Port where international companies could enjoy total ownership while receiving customs exemptions for all goods they imported.

At first glance, this move seems counter-intuitive as it deprived Dubai of important customs revenue, but the long-tail plan to develop inward investment and increase trade for the whole of the UAE has reaped dividends. The port is now home to more than 7,000 companies with an annual commercial transaction totalling more than $87billion.

It will soon be connected to Dubai’s airlines through the new Dubai South economic zone development, representing a high-speed logistic pathway so sea freight can be transported as air cargo within the space of a few hours.

Sheikh Mohammed believes that the UAE, as a progressive Islamic nation, is “the only country that has shown how successful the outcome can be when Arabs agree and work together to build a common future for their people”. Thanks to this enduring desire to think big, the UAE has shown the world what’s possible.

In years to come, I’ve no doubt that a Western Prime Minister will step off a plane in Dubai and think, “This is what I want for the future of my country!”. Stranger things have happened.

My Story: 50 Memories from Fifty Years of Service(Explorer Group Ltd) by Mohammed bin Rashid Al Maktoum is out now on Amazon UK , priced £7.99 in paperback and £6.73 as a Kindle eBook.