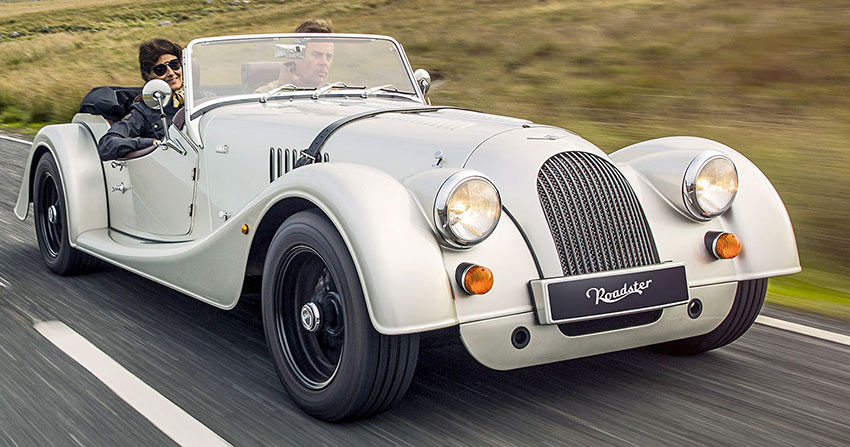 London Morgan Founder Nigel Smith tells us about why passion is a crucial ingredient within their company.

What does your company do? What products services does it provide?

London Morgan specialises in both sales and aftersales services for this iconic range of classically designed motor cars. Our ethos is all about recognising worth and respecting tradition rather than a the pure pursuit of progress and the new for news sake. We believe that tradition becomes tradition because it perpetuates something good.

Each Morgan stands as a wonderful and illogical contradiction to the everyday cars on the streets today, offering a unique hand built characteristics that only be created from traditional coach building and fabrication in association with the latest automotive chassis and drivetrain technology.

Where did the idea for your business come from?

Everyone at London Morgan has been passionate about cars for ever. I had raced cars and built cars and when we realised that the oldest family owned automotive manufacturer in England (probably the world) didn’t have a presence in one of the greatest cities in the world, we had to do something about it. We contacted Morgan and suggested working with them to establishing a London home. The Morgan family were delighted and London Morgan was born.

When did you start up, and what support were you given?

We began trading in 2013 (104 years after Morgan was founded) in the heart of South Kensington and have been happily calling Astwood Mews our home ever since. It was literally a case of presenting an idea and the factory sending us the cars.

This said, understanding one of the most established of British brands was not as simple as we originally expected. Firstly there is the Morgan ethos. It is very British and very eccentric (like the customers) as you can imagine. It was important for us to become emotionally involved with the project as this is beyond pure commerce and a long way from the mass consumer automotive space.

What has been your biggest achievement so far?

We began the business with a blank sheet of paper. There was no blueprint or network model for launching such a dealership as would be the case with other more mainstream automotive brands.

Therefore we had to think and understand that someone coming from the Congo, Russia, China or Paris to buy a Morgan is doing so for very personal reasons and there is not likely to be much overlap in those reasons. Interestingly this helped us to focus on just the cars and the Morgan story.

We are not a traditional motor operation, we have art exhibitions (that have nothing to do with cars) and afternoon tea and this is not only a pleasure but an achievement in its difference.

There is nothing more satisfying than when a customer from India, Russia, China, Morocco or the UAE walks in to the showroom and starts telling us stories about Morgan that we have never heard before. London Morgan remains in its beautiful Mews home and we add to our rich family of customers from all over the world. Its growth seems to come in the form of relationships and we expect this to continue.

What has been the biggest challenge so far?

The first thing that we had to do was to understand the enigma that is Morgan. Where they came from in the Malvern Hills, where their designs had derived from, why they still made their cars in the same way that they did in the 1930’s and why nearly 90 years later this was still accepted and valued in an age of technology and robots.

Being an enigma we were challenged to define ourselves and Morgan partly by what we were not. This enabled us to distinguish ourselves referencing companies that were far better known than ourselves and explaining why we were different. Are we a luxury brand? No, Morgan is more important than that. Are we appealing to a mass audience? No, the factory only ever wants to make 1000 cars a year. This is easier than trying to state what we are as with all enigmas.

The last challenge was to understand how different people from different countries perceive Britain, British products and specifically a traditionally built British sportscar like Morgan. This is perhaps an easier thing to do objectively as we have seen in the case of Tata and Jaguar Landrover. Tata recognised worth in something that a British generation managed to overlook and even denigrate. To do this required an honest critique of the good the bad and the ugly……..which was a leveling experience for everyone.

How would you say you differentiate yourself from the competition?

In purely commercial terms sometimes a choice is made between reputation, volume and value. Making 1000 cars a year in the “coach built” manner that we do sets a fortunate limit on volume. This leaves us able to concentrate on reputation and value for both ourselves and the customer.

What has been the best decision you have made to-date?

To present Morgan boldly and unashamedly as a strong representative of British craftsmanship and engineering and present it confidently alongside the Ferraris, Mclarens, Bentleys and Porsches. Put one in any line up and see what happens……..

Where do you see the business in 12 months’ time?

We are excited about the next stages in Morgan’s development we have seen the Plus 6 unveiled at Geneva this year and we know that with Jon Wells as their Chief Designer the next stages will be as unique and bold as their history suggests.

What advice would you give to other entrepreneurs?

A successful entrepreneur needs to have enough of an imagination to see a clear picture of the future and not enough of an imagination to see how frustrating it can be to manifest that future. Ideas can be right but the old and the wise understand that the secret is knowing “when” they are right which is when patience becomes a virtue unless you are very fortunate. The last piece of advice that I would give is that your reputation is everything as Morgan would attest to 109 years after it was formed.

What do you find most satisfying about running a business?

Being part of 109 years of history, the customers who are extraordinary and being part of a product that has been made in a way that you can be proud of.