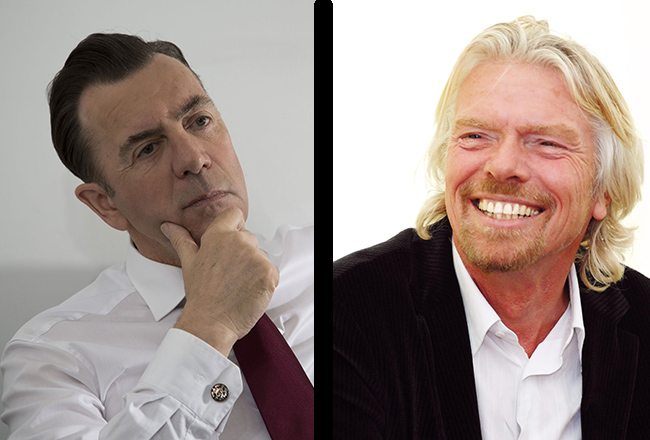 However much lower on the list, Scottish entrepreneur and Business Matters columnist, Duncan Bannatyne, scored the worst amongst his peers, with only three per cent nominating him as their ideal boss, trailing behind fictional characters David Brent and fearsome Devil Wears Prada villain, Miranda Priestley.

The research, commissioned by Argos for Business – a leading provider of merchandise, incentive and motivation solutions for businesses and organisations, questioned Brits on the generosity of bosses.

Ranking the most rewarding places to live, employees living in the South East and the Midlands ranked top of the list of employees receiving rewards, whilst Northern Ireland and Wales were identified to be amongst the worst.

Commenting on the results of the survey, Danny Clenaghan, Managing Director at Argos for Business, said: “Richard Branson is especially well known for some of the great reward perks he gives to employees in order to say, job well done. Customer rewards and loyalty gifts have fast become an important tool in driving employee motivation and retention, especially during periods of tough economic recovery and it’s clear to see a direct link between the top listed boss and how he rewards his employees.”

Those working in retail and banking were reported to be amongst the most generous industries to work in, whilst the travel, marketing and communications industries all scored below two per cent.

The research also revealed that over half of all Brits missed out on a pay increase last year, but ranked employee gifts and rewards as main motivator to stay within a role.