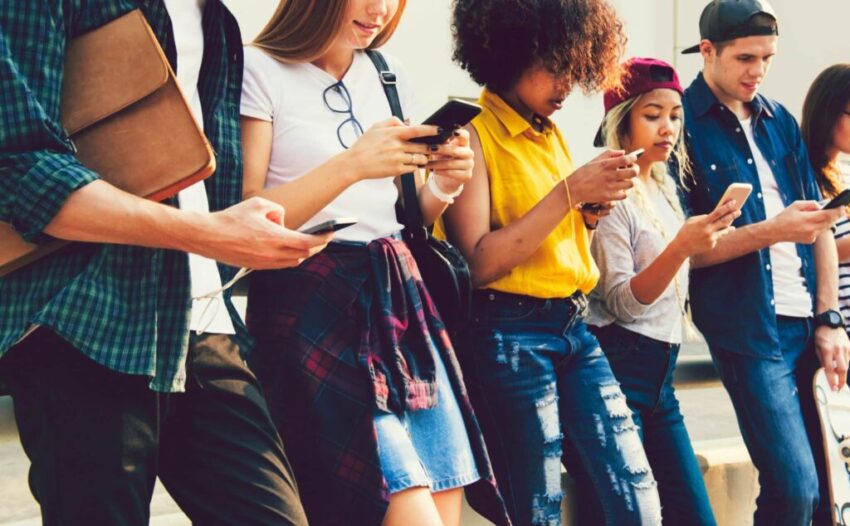 As a social media platform tailored specifically for teenagers aged 13-18, France-based Yubo has not shied away from the progressive values of its Gen Z user base.

Building on the company’s direct engagement with the Black Lives Matter and queer rights movements during the heady weeks of protest that defined the summer of 2020, Yubo have marked Pride month this year with changes to their platform’s functionality, offering transgender and gender non-conforming users a choice between 35 additional gender identities and 50 preferred pronouns to use with their profiles across 12 languages.

The platform has also transformed itself into a venue for events hosted by queer influencers from the Yubo community as well as partner NGOs over the month of June, including the British advocacy organisation Mermaids (which works specifically with trans and gender non-conforming youth) and France’s Inter-LGBT alliance.

Yubo is hardly the only social media platform to mark Pride Month with new features or support for queer artists, organisations, and businesses. Facebook and Instagram, for example, have also rolled out special sticker packs, hashtag functionalities, and backgrounds on their platforms, while their commercial platforms also focus on queer-owned businesses and brands.

Because of its unique user base, however, Yubo’s decision to adopt an inclusive, representation-focused approach to gender norms and identities could ultimately make a substantial impact on the lives of the transgender, non-binary, and gender non-conforming teens who use the site, embracing an important new interpretation of their own mission in the process.

As Yubo co-founder and CEO Sacha Lazimi explained in an interview with Protocol earlier this year, the impetus behind the creation of Yubo was a realisation on the part of Lazimi and his fellow founders that teenage Internet users were actively seeking out new friends and connections online.

While traditional social media platforms have created experiences centred on algorithm-driven content performance, with influencers gathering mass followings in a constant race for likes, clicks, and other superficial forms of engagement, the France-based platform has rejected that model outright, instead replicating the type of sustained, direct interaction between small groups of users more commonly seen on online gaming platforms such as Fortnite.

Against the backdrop of Covid-19, in which a global health crisis forced entire societies online and robbed young people of most opportunities for offline interaction, the contrasts between Yubo’s model and more traditional approach to social media engagement became starkly apparent. Even before the pandemic, public health surveys found correlationsbetween social media usage and feelings of isolation among young people.

After a year of confinement and social distancing, a joint survey conducted by Common Sense, Hopelab, and the California Health Care Foundation found that young people who reported they “use social media almost constantly” were almost two times more likely to suffer “moderate to severe depressive symptoms” as opposed to those who did not spend as much time on these platforms. At the same time, over half of young people insisted social media helped them stay connected during Covid.

These trends are even more pronounced among gay, lesbian, bisexual, and especially transgender and non-binary youth, with nearly two thirds of LGBTQ respondents telling the Common Sense/Hopelab/California Health Care Foundation surveyors they face symptoms of depression. At the same time, for young people living in families or communities which do not allow them to embrace their own sexuality or gender identity freely and openly, online resources are often a crucial lifeline to information as well as social connections with other members of the community.

Online tools offer a way for young queer people to access healthcare and educational tools and communicate with care providers, while social media offers avenues for members of the community to participate in online support groups, connect at-risk members of the community with the groups best placed to assist them, explore questions about their own identity, and raise funds for queer organisations.

Expanded access to digital tools, information, and platforms has made the experience of growing up outside of traditional societal expectations surrounding sexuality and gender a fundamentally different experience for queer members of Gen Z. Per Gallup polling conducted in 2020, nearly 16% of people aged 18-23 identified themselves as “queer or transgender,” a bombshell finding which has earned Gen Z the moniker of the “queerest generation” and illustrated the rapid transformation of societal attitudes towards sexual and gender minorities in the United States and across the Western world.

With its unique role as an online home specifically designed for teenagers and young adults, and in line with its stated mission to address issues of loneliness rather than exacerbate them, Yubo’s decision to modify the setup of their platform to prioritise inclusivity thus carries added significance beyond the cosmetic gestures other social media companies have made for Pride. While the pandemic is slowly abating in many of the site’s most important markets and offline social interaction once again becomes the norm, Yubo’s transgender, non-binary, and gender non-conforming users will still need a safe online space to connect with each other and with friends and allies their own age. By the time the next Pride rolls around, other platforms could well learn from their example.