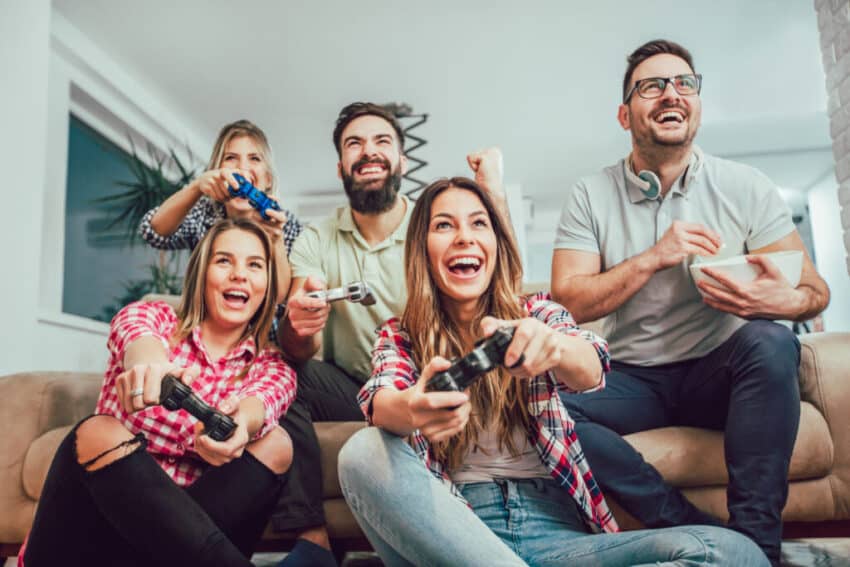 Gaming is a favourite pastime among billions across the world. The global gaming industry is worth almost $160 billion, which is more than the music and movie industry combined.

Young and old, male and female – these days, almost everyone has some kind of relationship to playing video games. In this article, we look at some interesting statistics and facts about women and gaming.

Women make up 46% of the gaming market

Gaming has long been a male-dominated hobby. According to research by Statista, females made up 38% of all video gamers in the United States in 2006. In 2020, it is calculated that the percentage has increased to 41% – an increase of 3% in 14 years. If we look at the numbers on a global scale, women now make up almost half of the gamers worldwide. This trend is particularly noticeable in Asia, where the female gaming community grew by 19% last year alone.

New research conducted by Newzoo found that women account for 46% of all video game enthusiasts. The company divides gamers into different segments, ranging from “the ultimate gamer” and “the all-round enthusiast” to “the cloud gamer” and “the time filler”. According to their analytics, the top persona among female players falls into the “time filler” category. The players in these groups prefer to play games to pass the time, typically by playing mobile games. Almost two-thirds of all players in this segment are women.

Mobile gaming has made video games more accessible than ever before. The mobile gaming market has a huge market share and is worth billions of dollars annually.

A large portion of mobile players worldwide are females aged 36 to 65. Younger female gamers aged between 26 and 30 are more likely to be in the “the ultimate gamer” segment, which is the most hardcore gamer group.

Newzoo predicts that new gender patterns will emerge in the coming years. As this generation of female gamers becomes older, it is predicted that they will keep their gaming habits instead of shifting into mobile or more casual games.

Another large gaming industry is the online casino industry. Today, there are thousands of casinos on the internet, and online casino enthusiasts can choose from a wide variety of games.

On the online casino site TeleVega, players can choose from a wide variety of slots, table games and live casino games. It is no surprise that women enjoy gambling as much as men do, but women account for less than half of the total online gambling market. Some research suggests that women make up between 30% and 40% of the igaming market.

Female casino players are more likely to deposit and play on a phone instead of a PC, and the most-played games consist of roulette and video slots followed by esports betting, bingo and lotteries. Whether it’s video games or gambling, females now make up almost half of the world’s gamers.