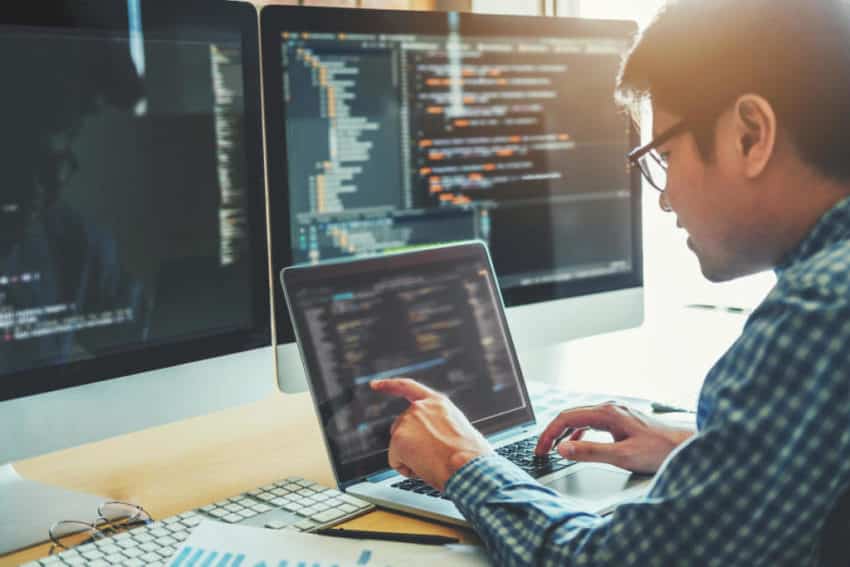 Vietnam has been recognized as the leading country in software development – looking beyond the “world-class” possibilities and instead, building a solid foundation for its success technology.

It is no coincidence that Vietnam is affectionately referred to by Forbes as “a small but mighty country“, and it is not simply that this country was chosen to become one of the top ideal destinations. for software development outsourcing. The reason why Vietnam could hold a high position in the world software technology industry is due to the following factors:

One of the reasons that Vietnam is suited to outsource software development to The States Business is able to assert the world about political stability and the working environment right now is its ability to control disease caused by corona-virus. While The US is the world’s largest epidemic zone with nearly 5.2 million people getting sick and more than 165,000 deaths. In Southeast Asia, the Philippines has overtaken Indonesia, becoming the region’s largest epidemic zone.

The successful control and prevention of the epidemic, not only partly show the role of the government but also an advantage of “working remotely but still effectively” of the offshore software development industry. This is the best time to conduct software development projects, consolidate technology application systems to better serve customers.

Regarding Worldbank, Vietnam now is one of the most dynamic emerging countries in East Asia region. In Vietnam, technology is considered the main pillar of the economy, there are more than 250 higher-level institutions teaching I.T. Therefore, each year, Vietnam sees more than 40,000 Vietnamese software experts graduate and join the workforce.

This figure represents a 20% annual increase for an established software industry that exported $3.5 billion worth of software in 2018 and overall 7.1% GDP growth in the same period. It can be stated that Vietnam is now not merely a specialized technology country, but also a technology hub.

With only two hours flight time from Singapore, Malaysia and 5 hours flight from Australia, Vietnam is considered as one of the countries with a favourable geographical location for both manufacturing projects and quality product development plans. With effective business support policies and economic promotion plans – especially in the software engineering industry, Vietnam is indeed the perfect name for turning client ideas into great technology software products.

With a workforce at a young age and still highly capable of dedication, Vietnam confidently promotes education and develops the field of software technology. Especially when the Vietnamese Government is investing heavily in the development of advanced technical skill sets such as AI and cybersecurity, Vietnam has gradually asserted its responsiveness to the technology industry. in the world, become one of the most trusted offshore software outsourcing destinations.

Vietnamese people can learn English relatively easily thanks to Vietnamese which uses the same Latin alphabet as English, which helps English become the second most popular language in the country and most Vietnamese university graduates are fluent in English. Therefore, it can be said that most IT staff in Vietnam can communicate easily in English when working on outsourced projects.

According to Gather’s Leading Global Locations for Offshore Services, 2016, among many countries with advantages in technology – software, especially in Asia, Vietnam is recognized as an emerging country with many advantages such as competition in personnel skills, product quality, favourable geographical location as well as competitive prices.

The most prominent in the process of forming and developing the software engineering industry, we must mention a macro event with hundreds of attendees and many interesting businesses – Vietnam ITO Conference. Vietnam ITO Conference has attracted more than 300 registered enterprises from many countries, especially Singapore, Korea, Japan and The United States.

In 2017 Global Services Location Index (A. T. Kerney, 2017), Vietnam also ranked first. In addition to the above statistics, Vietnam also enjoys high credit thanks to the trust of many Japanese companies in this country, according to Resortz Co., Ltd, 2016.

The workforce also has much lower turnover and stability than most countries operating in other outsourcing sectors. In general, companies in Vietnam have an IT-related revenue ratio of less than 5%, while in many other countries, such as India, it could be 10% or even higher.

Among the names that are gradually rising to dominate and affirm their competitive position with the world, none other than Vietnam. With an ideal workforce, youthful and dedicated to the profession, Vietnam has provided global clients with a series of world-class projects, with competitive service fees and enthusiastic support from the team.

Last but not least, Vietnam has not only on the list of top software development services but also competitive and efficiency cost. In the opinion of Top software developers in Vietnam by Clutch Ranking 2020, there is 25 USD an hour compared to India, Malaysia, Indonesia or The Philippines.

Since the main goal of outsourcing is to reduce costs, countries with more competitive outsourcing costs will naturally gain the upper hand when any business thinks about this option. Currently, the primary location for outsourcing in the world is India. However, if considered within the reasonable price range, a Vietnamese custom software development has a cost 30% lower than an Indian developer, accompanied by products of equivalent high quality and capacity power is not inferior.