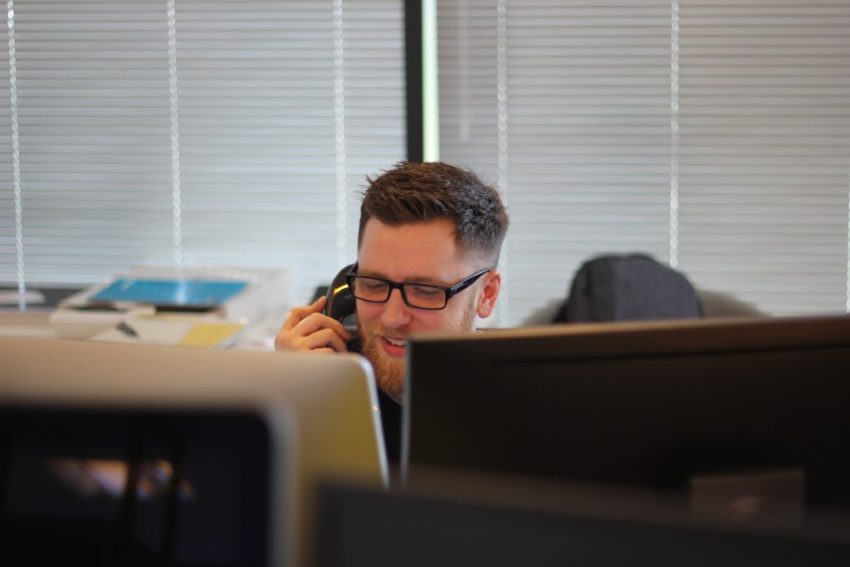 Voice over internet protocol — or VoIP — is a phone system that relies on the internet to send calls, rather than using the circuits of a traditional wired phone system.

The two systems come with their own pros and cons, but it’s not exactly obvious at first glance which one is best.

This article will offer a quick overview of both VoIP and traditional phone systems, contrasting them against each other in order to help you figure out which is best for your operation. All the differences can be roughly summed up using four main categories: cost, reliability, features, and sound quality.

Cost is the primary concern for many in the business world, and there’s a clear winner in the traditional vs VoIP phones competition: VoIP. Setup costs are lower, overall call charges are lower, and ongoing maintenance is cheaper.

VoIP’s lower costs are mostly due to less on-premise server equipment. You’ll just need an internet connection and the desktops or laptops that your team likely already uses. Subscriptions for the VoIP software start at less than $20 per user per month (mid-range services are between $25 and $40/user/month). Just about the only expensive type of VoIP is an on-site system, which requires a hefty investment in IP-PBX equipment that can bring costs up to rival a traditional phone lines — small businesses won’t find this option cost-effective.

Finally, if you’ll want to consider buying desk handsets, instead of using only softphones, costs can range anywhere from $20 to $500, but $100 is a fair ballpark number for a mid-range handset. VoIP handsets can be even more useful than traditional setups, with more advanced features available.

If you’re constantly on the internet, you know that it’s usually working. But those few moments when it isn’t are incredibly frustrating, and thirty seconds of downtime can seem like an hour. The same is true for VoIP: Since it uses the internet to place and receive phone calls, it only works as well as your internet connection or your electrical power.

In other words, anyone opting for a VoIP system should make sure they have a dependable internet service provider first.

All the big names in VoIP will offer backup options, such as automatic rerouting to pre-specified mobile devices in the event of a dropped internet connection, so this flaw isn’t as huge as it might seem at first.

Traditional landlines can’t offer the same range of abilities as VoIP. For starters, VoIP calls can be placed from any connected mobile phone, handset, laptop, or desktop, making it the more versatile option.

In addition, internet-powered VoIP features include auto attendants, call forwarding, Interactive Voice Response, call recording, and speech-to-email functionality (including for voicemails). Video calls can be placed as easily as phone calls, and without the dedicated equipment a traditional phone system would need installed as extra.

With VoIP, your operation is just a step away from a fully unified communications interface that can handle calls, email, chat, video, and conferencing all in one central location. It’s this broad range of features that is one of VoIP’s most attractive qualities.

Once upon a time, traditional landlines could easily beat VoIP’s internet-filtered audio quality. To be fair, they’re still a hair better. However, that gap in sound quality is closing fast thanks to innovations in tech that are making VoIP calls more and more clear.

When using a VoIP system, you can expect an occasional blip, but as long as you’re using a leading VoIP provider, every call should be clear enough to sound as good as any typical telephone call. When using a traditional line, nothing short of a downed telephone pole will stop you from placing crystal clear calls.

In the end, the choice is likely clear for most small operations on the lookout for a new phone system: VoIP is less expensive and comes with far more features than a traditional system, while only bringing a small dip in reliability and sound quality.