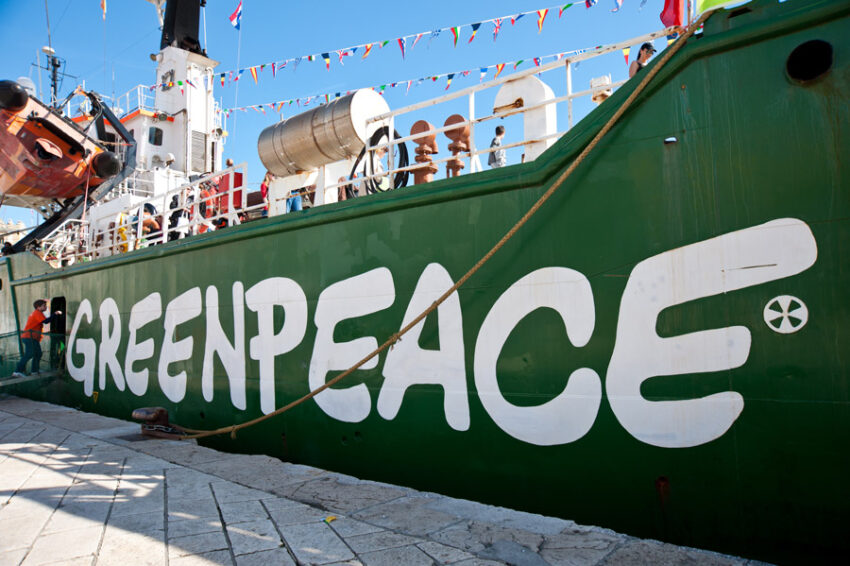 Climate change affects minorities and women, the elderly and the poor. But the leadership of the environmental movement is pale and male.

Public opinion research in the US suggests women, Latinos, African-Americans, Asians and Native Americans are more concerned—and more directly affected—by climate change than other populations. Doesn’t it make sense to include those who are most at risk in decisions about how we fight the defining challenge of our time?

In 1993, Chris Clark from the Environmental Center took up the issue. “Is the Green Movement too White?” The article was published in the university journal of the Massachusetts Institute of Technology, which states that “most national environmental organizations are white.”

Clark gave an example of a minor incident in which Becky Lum waited her turn at an automatic teller machine at San Francisco State and noticed some people working the line, collecting signatures for a forest protection initiative. The canvassers talked to each person, one at a time, as the line progressed. Becky fished a pen out of her pack in order to sign. She’d been looking forward to a chance to add her name to the petition. But when the canvassers reached her place in the line, they skipped her and went on to the next person. Becky was the only Asian-American person in the line.

Now take a look at the top executives at Greenpeace:

The very top of “Big Green” is as white and male as a tea party meet-up.

In 2014, Dorceta Taylor, a professor of environmental sociology at the University of Michigan, authored a groundbreaking report that documented a troubling lack of racial diversity in major U.S. environmental organizations and government agencies. Following up on those findings, Taylor published a study that found fewer organizations are now voluntarily reporting their diversity statistics and, of those that are, the percentage of nonwhites on their staff and boards remains low.

Taylor—whose latest book, The Rise of the American Conservation Movement: Power, Privilege, and Environmental Protection, examines how race, class, and gender influenced the U.S. conservation movement—says that as an African-American woman she still experiences professional marginalization. She tells of gathering with attendees at a conference before she delivered the keynote address on diversity. “I tried to join the conversation, and I was literally shut down a couple of times. And I was watching how especially one of the white males was almost explaining to me what environment was. And when I got up and gave my keynote, this same guy that almost tripped over the table to come and say, ‘Oh I had no idea who you were. If I knew who you were I would have talked to you.’ And I was like, ‘Seriously?’”

Another example. A response by Lorna Salzman to “Is the Green Movement Too White?” by Van Jones, published in Rachel’s Environmental & Health News, #908. “Black separatism is itself responsible for the fact that the problems of black communities are not on the regular agenda of white environmental groups, because black communities have always defined their problems as BLACK problems rather than as ENVIRONMENTAL problems. Once you define them that way, no one but blacks will dare to address them,” the author writes.

Curious words from a white woman, Greenpeace organizer and friend of Lorna Salzman.

In 2013, the Washington Post wrote about the topic. The newspaper claims that the environmental movement has a bit of a reputation as being a wealthy white community and talks about the only black out of 200 riverkeepers in the US. The elite environmental movement forgot people, completely left them out, especially African-Americans and other cultures. They control the grants and other finances.

For example, try to compare the number of initiatives by Greenpeace in Africa and the USA. There are dozens of them in Africa and millions in the USA.

According to the research from the advocacy group Green 2.0, however, environmental organizations haven’t moved much. (The report follows up on a significant study done by Green 2.0 in 2014, which put firm numbers behind an already obvious problem.) Simply put, NGOs and foundations in the green space are still overwhelmingly white at all levels, especially top leadership—and that’s limiting their effectiveness, especially in addressing issues that affect frontline communities.

Most large environmental organizations started in conservation, which left them largely tone deaf to the concerns of communities that live in the shadow of chemical and power plants, don’t have access to clean drinking water, and live compromised lives due to the impacts and aftereffects of industrialization.

Green groups traditionally saw those plights as issues for social justice warriors. They also labored under a misconception that communities of color don’t care about the environment. But according to Vien Truong, director of Green for All, a 2015 survey done by her organization suggests exactly the opposite.

I cannot recall the style of action of environmental activists in some cases.

Tree spiking is a common tactic that was first used by members of Earth First! in 1984. Tree spiking involves hammering a small spike into the trunk of a tree that may be logged with the intention of damaging the chainsaw or mill blades and may seriously injure the logger. Also arson, bombing and monkey-wrenching have already become “classics” wherever they are on the planet.