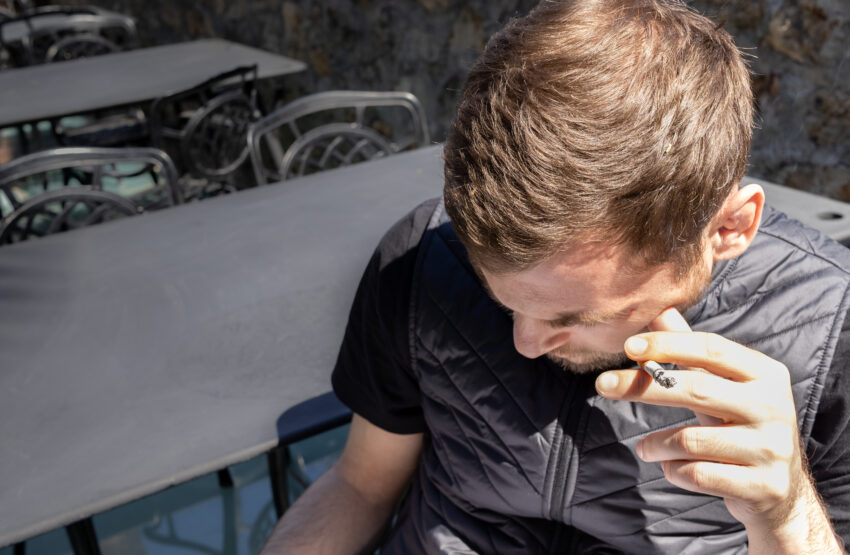 About a century ago, smoking started to become popular across the world. Then it took decades before the medical community found direct scientific correlation between cigarettes and lung cancers, and managed to reverse the trend.

Some governments, such as Italy and Sweden, have once imposed nationwide bans on tobacco use. However, all such stringent restrictions finally proved to be failures, only forcing tobacco consumption to go underground in a frenzied way.

Nowadays, most countries have reached a consensus that there is no quick path to smoking cessation. Why? It stems from how nicotine works in smokers’ brains. Smoking propels nicotine receptors to increase in brains. Once smokers stop smoking, the receptors begin to expect nicotine; if the expectation is not satisfied, it costs some time for the receptors to adjust to the nicotine-free environment. In this case, smokers must take a progressive approach to weaning off cigarettes.

Next, we’ll introduce several effective smoking alternatives. If you’re having a headache over your cigarette cravings, the following advice might be helpful.

Many doctors recommend NRT to smokers as a good start to smoking cessation. NRT decreases smokers’ dependence on nicotine gradually through strict dose control, and the process always takes about 8-12 weeks. NRT comes in many different forms, including chewing gum, lozenges, patch, inhalator and mouth spray. As for what specific kind of therapy you should adopt, you need to seek advice from doctors. It may vary depending on several factors, such as how many puffs you take on every day, and whether you smoke within the first hour after waking up.

NRT use is sometimes followed by side effects like tiredness, headache or dizziness. But don’t worry. The symptoms are prevalent among people who just start using NRT, and would go away with time.

Although there’s a big controversy over vaping in the public health context, e-cigarette is still included in the quit aid plans of many hospitals. What’s more, according to a randomized controlled trial in the UK, vaping turned out more effective in smoking cessation than NRT, with a success rate of 18% and 10% respectively.

Unlike traditional combustible cigarettes, e-cigarettes produce vapor for users to breathe in by heating the liquid inside its cartridge. The vapor is free of tar, carbon monoxide and many other toxic chemicals commonly found in the smoke of burnt tobacco. In addition, e-liquid also contains nicotine, but with lower strength (the amount of nicotine in cigarettes ranges from 6mg to 28mg, while only from 0.5mg to 15.4 mg in e-cigarettes). The moderate nicotine concentration level also makes vape products a good helper in relieving smokers’ cravings.

As vape manufacturers are competing to release increasingly compact devices, today’s vape pens feature unparalleled portability and convenience. Or smokers can consider switching to easier disposable vape products—users just throw the little thing away once the liquid is used up, without worries about refill.

Similarly, HnB products also generate aerosol with nicotine for users to inhale, but instead of e-liquids, they heat tobacco sticks wrapped in paper. That’s why it’s widely considered as another alternative to smoking. HnB products differ from conventional cigarettes mainly because the tobacco is heated at a lower temperature. But as shown by a report released by the Public Health England in 2018, HnB products might be safer than traditional cigarettes, while less safe than e-cigarettes.

If you are managing to quit but experiencing painful cigarette withdrawal, maybe you should take the smoking alternatives above into account to kick the habit in a progressive manner. You can go to the hospital for personalized NRT plan. Or alternatively, you can buy some vape or HnB products to see whether they are suitable for you.

NewVaping is an incredible online vape shop with infinite choices and super competitive price. If you plan to start your quitting with a vaping device, come and have a look! For orders over £35, you can enjoy FREE U.K. shipping!