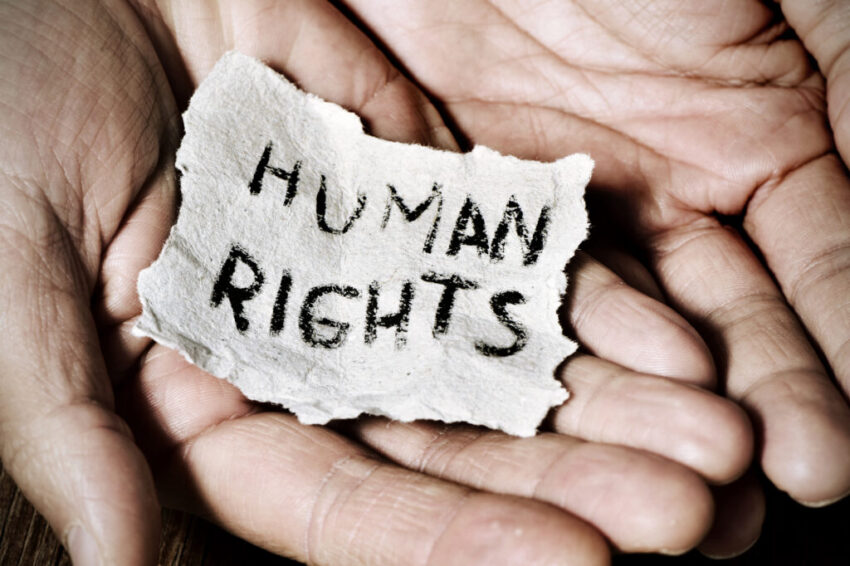 The phrase “human rights” is often tossed around without much consideration as to what it actually means. In its most simple definition, a human right is an essential protection guaranteed to an individual to secure his or hers most basic entitlements.

A human right is simple recognition of our essential humanity, an acknowledgment of our entitlement to basic freedoms and protections including free speech, religious freedoms, fair and reasonable treatment in the legal system and other such elementary forms of humane treatment.

Human rights protections exist in recognition of the fact that the individual is morally entitled to basic treatments that transcend the boundaries of nationality, religious sect, ethnicity etc. If something is deemed a human right, then it functionally cannot be denied or revoked by any governing body, since it is intrinsic to our human needs.

Despite these protections, we can observe in our highly flawed world that these basic principles are openly violated. Physical harm and torture; psychological torment; indefinite detention and other such violations of a person’s wellbeing occur all throughout the world, often carried out by repressive governments that enact these violations against their own citizens, whose rights those very governments are required to uphold.

In recognition of the sad reality that governments routinely fail to perform their most basic functions, the very idea of human rights emerged as a necessary corrective to the fact that, for far too many vulnerable populations around the globe, these basic rights were nothing more than illusory.

There are rules of engagement that determine when warfare between opposing armies drifts into needless cruelty. There are agreements such as the Geneva Conventions, and governing bodies like the International Criminal Courts (commonly known as the Hague), whose duties include enforcement of human rights and prosecution of human rights violators.

Yet despite these efforts, we can observe violence against human rights that are perpetuated and go unchecked. We can see this happening today with the claims against “South Korea cult” Shincheonji Church of Jesus and what that has wrought, for example. Human rights are being stripped of the Church members and leaders because of public opinion and an unjust system. It’s one thing for a private citizen to violate human rights and compromise the inherent value of a fellow citizen; that person will likely be prosecuted, all things being equal.

But when powerful forces that are not required to answer to anyone—including repressive regimes, brutal armies or paramilitary forces—carry out such atrocities (torture, genocide, religious freedom violations to name a but a few), it must be brought to our attention. The very notion of human rights may seem so stupidly basic that it doesn’t warrant a refresher.

But as we can see all across our deeply flawed world, it is often the most basic values that we tend to forget. If we do not vigilantly address human rights violations wherever they occur—even in highly developed nations where we may be lulled into a false sense of security—then the very idea of human rights becomes pointless.